The Fishermen and Friends of the Sea (FFOS) is calling for CARICOM, as well the other nations that depend on the Caribbean Sea including Latin American and the French and Dutch Caribbean territories,  to meet urgently to discuss the implementation of a regional plan of action to address environmental disasters such as the one created by the FSO Nabarima vessel.

FFOS issued a statement on Thursday, as the environmental watch group continues to monitor the vessel that is currently sinking in the Caribbean Sea.

“We all mutually depend upon the Caribbean Sea and in the 21st Century it is appalling that there is no binding agreement to facilitate an emergency response plan with an inventory on standby, including human and intellectual capital and infrastructural mechanisms, to respond in the event of a disaster like this.”

The group noted that images obtained from SkyTruth and reports circulating in global media claim a Venezuelan oil tanker, the ICARO, has approached the FSO Nabarima and is transferring some of the oil within. This has afforded an opportunity to assess the listing, however, FFOS said the vessel remains a threat.

“This does not mean that the Caribbean is out of deep waters nor can we breathe a sigh of relief. There are insufficient measures in place to contain any spillage that may occur during the transfer especially since the FSO Nabarima is unstable.” 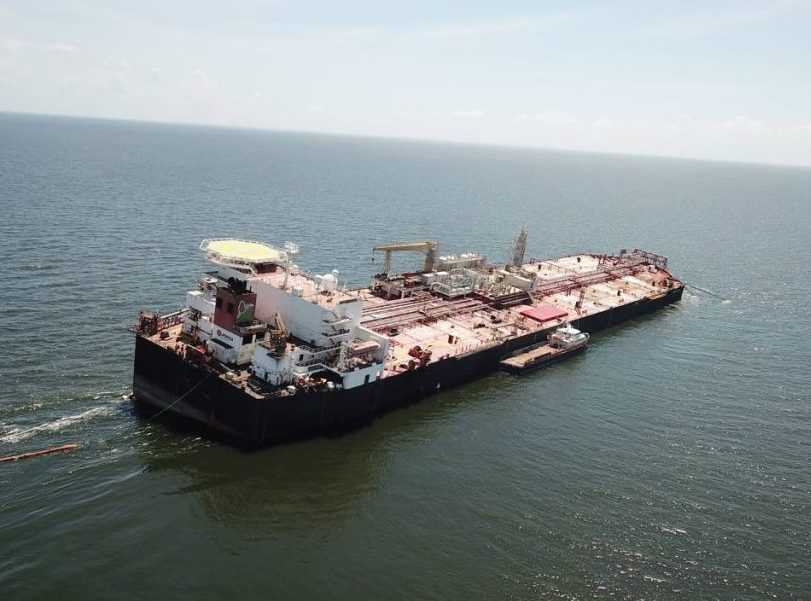 The NGO said Venezuela’s state oil company, Petrolos De Venezuela (PDVSA), must have necessary oil spill containment equipment around the vessel should the worst occur. Furthermore, it said PDVSA should make public its contingency plans in the event of a spill.

Meanwhile, FFOS slammed CARICOM nations and member states of the Organization of Petroleum Exporting Countries (OPEC), which include Venezuela, for remaining silent on the issue.

“This is unacceptable and is compounded by the fact that the report of Trinidad and Tobago’s team of independent experts is yet to be released.”

According to the body, this fiasco has also underscored the importance of renegotiating the Bilateral Oil Spill Contingency Plan (1989) that exists between Trinidad and Tobago and Venezuela.

“Despite the existing agreement, it took the Trinidad and Tobago government in excess of a month to get an approval to simply send a team of experts to inspect the vessel. This inordinate delay is unacceptable and could have led to the greatest environmental disaster in the Caribbean’s history. As a matter of immediate priority, the Trinidad and Tobago Government and the Maduro regime should make adjustments to this agreement to facilitate a quicker and more transparent response to future situations.”