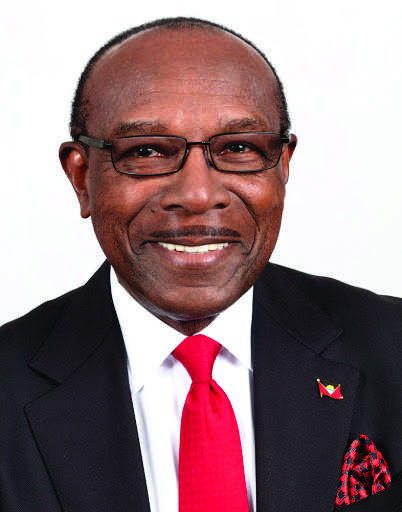 The Minister of Health, Wellness & the Environment, the Hon. Sir Molwyn Joseph, provided strong remarks to the global media station CNBC on the role that Antigua and Barbuda and other countries within the Alliance of Small Island States (AOSIS), which Antigua and Barbuda currently chairs, hope to play at the upcoming Conference of the Parties 26 (COP26).

Minister Joseph spoke to the issue of climate change as “one of the most important issues facing human kind today”. He urged the G20 to be more ambitious in setting goals in the reduction of greenhouse gas emissions, and expressed hope that these developed countries will make the necessary commitments at COP26 that had been expected since the creation of the groundbreaking Paris Agreement in 2015 at COP21.

“We have an opportunity in Glasgow to learn from the mistakes [of] the past, and to make the necessary hard decisions to rid this global environment from the … greenhouse gases that are undermining human development, both on the level of health and the economy.”

The Minister unscored that despite the fact that the small islands produce negligible amounts of greenhouse gas emissions, they are still setting ambitious targets. He gave the example of Antigua and Barbuda, stating that by 2030 Antigua and Barbuda hopes to “succeed in converting 100% of vehicles … using electricity rather than fossil fuels”.

The Minister stated that in these crucial moments, the global community must make a commitment to the next generation. However, he noted that despite the small size of the countries making up the AOSIS, the expectation is to make a big impact at the upcoming international meeting.

“I think you will find that, at Glasgow, the small island states will roar.”