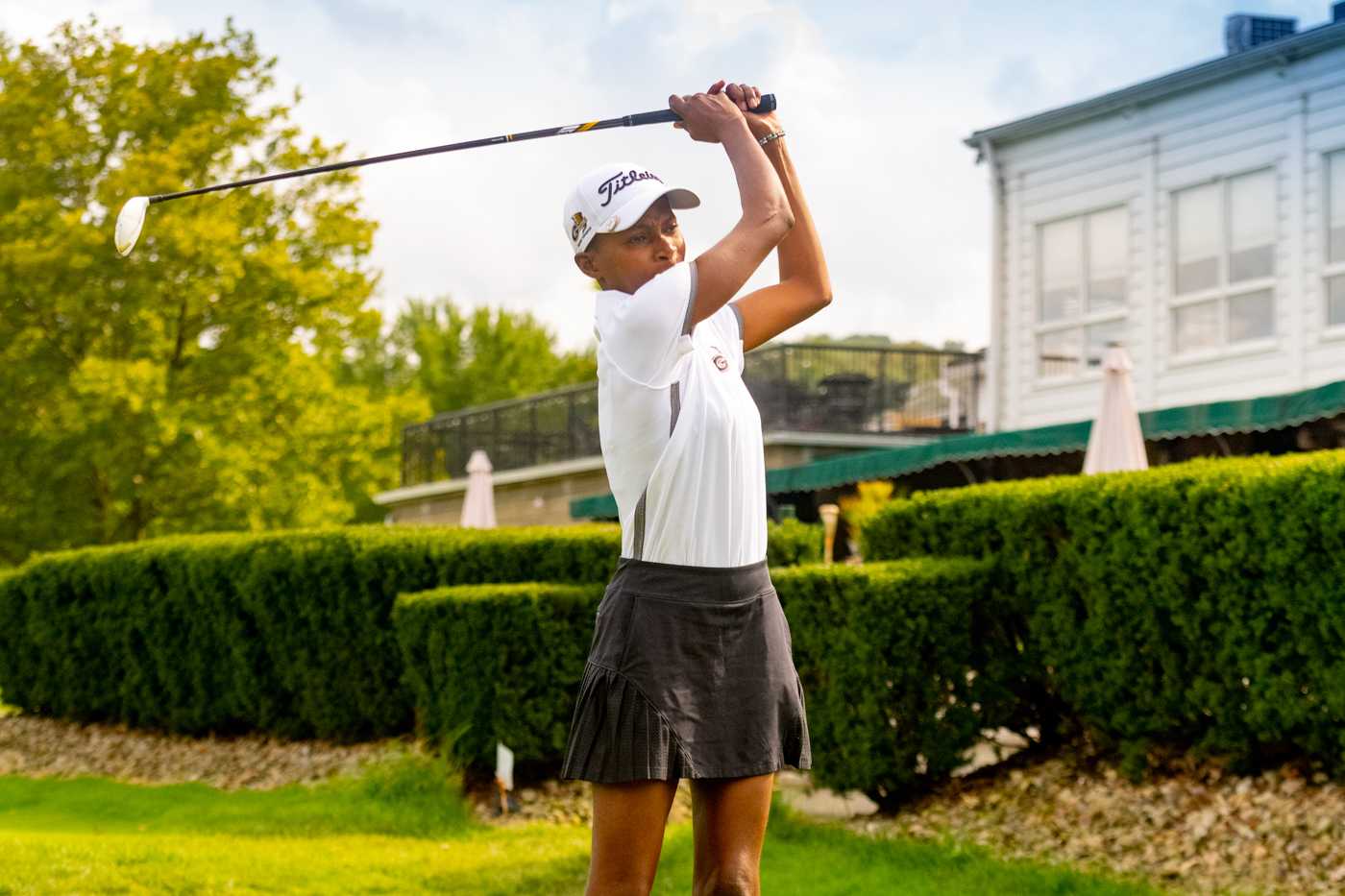 Coach Marlon ‘Boozie’ George says 2021 has been a fruitful year for the Striving for Success junior golf programme.

He said the performance of Sabienea Winston, who completed her freshman year for the Golden Tornadoes at the Geneva College in Beaver Falls, Pennsylvania, was a major success.

“Yes 2021 was a really good year for us because we had a lot of success. We had Sabienea playing her first year of golf in college as a freshman and she did very well. She made history at one point when she led her team to record their lowest ever score in the school’s history,” George said.

“We had our young boys and young girls playing golf and we also got several scholarship offers for the girls and also for the boys. And just the other day, another of our golfers, young Taj Barnes, we got a call from a US college that is interested in him so we had to send off his bio with some videos to them,” he added.

Last September, Winston recorded a score of 78, to help her team to an overall score of 361, breaking the Geneva College’s lowest score record in its young golf programme’s three-year history.

Winston, who is one of several Antiguan golfers who have received athletic scholarships to Geneva College, claimed three PAC Women’s Golf Rookie of the Week awards during her debut season for the Golden Tornadoes.

She won the awards for her outstanding performances on September 7 and 28 and October 5, 2021.

George said the Striving for Success Golf programme, which is conducted at Cedar Valley Golf Club, was able to host a clinic that was conducted by US professional golfer James Nicholas while he was on vacation in Antigua last year.

George says Nicholas, who competes on the Korn Ferry Tour, which is the second largest American professional golf circuit, will be partnering with Striving for Success in hosting a clinic for young Antigua golfers when he returns for his vacation later this year.

“That went really well and Nicholas is now interested in working with us going forward. Nicholas had reached out to us a few weeks earlier on Instagram and he so decided he wanted to come to Antigua and do a clinic for us.

“Nicholas now wants the clinic to be an annual event, which we are really excited about. Also we are in talks with getting two of our juniors into a summer tour golfing academy for two months this summer.”