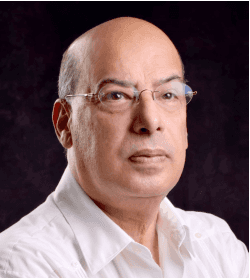 (The writer is Antigua and Barbuda’s Ambassador to the U.S. and the OAS.  He is also a Senior Fellow at the Institute of Commonwealth Studies at the University of London and at Massey College in the University of Toronto.   The views expressed are entirely his own)

Events in Washington on January 20 were a welcome relief and release for the world.

Once Joseph R. Biden took the oath of office as President of the United States and the noon hour struck while Donald Trump arrived, as a private citizen, at his estate in Florida, leaders and ordinary citizens in every corner of the globe exhaled the collective breath of trepidation they had held for four troubling years.

In his first official acts – the signing of 17 Executive Orders – President Biden dramatically improved relations with the world, including the Caribbean, and gave reason for optimism about the future.

Importantly, the U.S. will re-join the 2015 Paris Climate Change agreement from which Trump withdrew.  It should be recalled that the U.S. is one of the world’s greatest contributors to global pollution and the harmful effects of climate change.

Writing to Biden, just hours after his swearing-in as the 46th President of the U.S., Antigua and Barbuda’s Prime Minister Gaston Browne, as Chair of the 44-nation Alliance of Small Island States, welcomed the new U.S. Government’s decision. Browne told Biden: “We are already failing to limit the global average temperature to an increase of 1.5 degree Celsius above pre-industrial levels.  It is urgent that: (i) the machinery for global financial flows, including through International Financial Institutions, be adjusted to ensure that every country is served in accordance with its needs; and (ii) resources be provided to allow the most vulnerable countries to adapt to the present alarming conditions and to prepare for future negative occurrences”.

This is work that must be an urgent item on the agenda of U.S.-Caribbean discussions, including early contact with former U.S. Secretary of State, John Kerry, who Biden has appointed as his Climate Envoy.

Particularly significant for Caribbean countries, in the devastating epoch of the COVID-19 pandemic, is that the U.S. will not withdraw from the World Health Organization as Trump had intended.  Indeed, Biden is appointing the now renowned Dr. Anthony Fauci, the government’s top infectious disease expert, to lead the U.S. delegation.   This should mean that the U.S. will play a constructive leadership role.

The matter of making vaccines available to Caribbean countries, that have been allocated numbers that equate to less than 10% of their populations, and an end to hoarding policies by the U.S. and some other countries, are also top priorities for Caribbean-US discussion.

No country will be safe from the Coronavirus if it exists and thrives in any other.  Therefore, it is as much in the interest of the U.S. as it is for its neighbouring Caribbean for the minuscule number of vaccines, allocated to the region, to be reviewed and rectified.

President Biden has also mandated the wearing of masks on Federal Government property and installed a coronavirus response coordinator to oversee the efforts to distribute vaccines and medical supplies in the U.S.  This is also vital to the Caribbean tourism-reliant countries that need U.S. citizens to be free of the coronavirus and ready to travel as soon as possible.  It is a hard task.  The problem was allowed to grow out of control, bringing the U.S. to its knees with high infection and death rates.   Every encouragement and support should be given to Biden’s efforts.

Domestically, the President is also pushing for economic relief including more money for unemployed workers and for safety net programmes, especially Medicaid and unemployment insurance.  The revival of the U.S. economy and restoration of employment levels are important to the Region because of tourism, U.S. capacity to purchase Caribbean goods, and remittances from Caribbean nationals in the U.S., many of whom are hardest affected by unemployment.

Work on a border wall between Mexico and the U.S. will also be halted.  This is a symbolic acknowledgment that the world needs bridges, not walls.  It is a rejection of Trump’s unilateralist and bullying posture in foreign policy.  On the practical side, since it is the U.S. taxpayers who have been paying for the wall (despite Trump’s claims, Mexico did not pay a cent), that money can now be diverted to programmes that will help to stimulate the U.S. economy.   A stronger U.S. economy is good for the countries of the region for which the U.S. is their largest trading partner.

One other executive order is notable for the Caribbean.   It is the fortification of the policy for Deferred Action for Childhood Arrivals, that allows some individuals, unlawfully in the U.S. having entered as children, to enjoy deferred action from deportation and to become eligible for a work permit.  Trump’s administration had sought to undo those protections.  Caribbean nationals will benefit from Biden’s action.

President Biden is yet to elaborate fully a Latin American and Caribbean policy.  In his many years as a Senator and Vice-President, he gained profound knowledge of the Region.  He has a good understanding of its challenges and potential. Trump’s Latin American and Caribbean policy was primarily directed at Cuba, Venezuela, and Nicaragua as a sop to their dissidents in Florida whose support he needed for the U.S. Presidential election.  Caribbean countries were pawns in that game.

Biden’s policies will be broader, aimed at advancing democracy and human rights, but also economic advancement.  He knows that without all these things, refugees will continue to gather at U.S. borders.

All Caribbean countries should show willingness to work with Biden, including by trying to influence his Latin American and Caribbean policy as its formulation.

A new era has dawned, it calls for new approaches.  The U.S. and the Caribbean might take as the guiding light for their future relations, a line from the gripping poem of the young, African American, Amanda Gorman, at Biden’s inauguration: “If we merge mercy with might, and might with right, then love becomes our legacy and change our children’s birth right”.