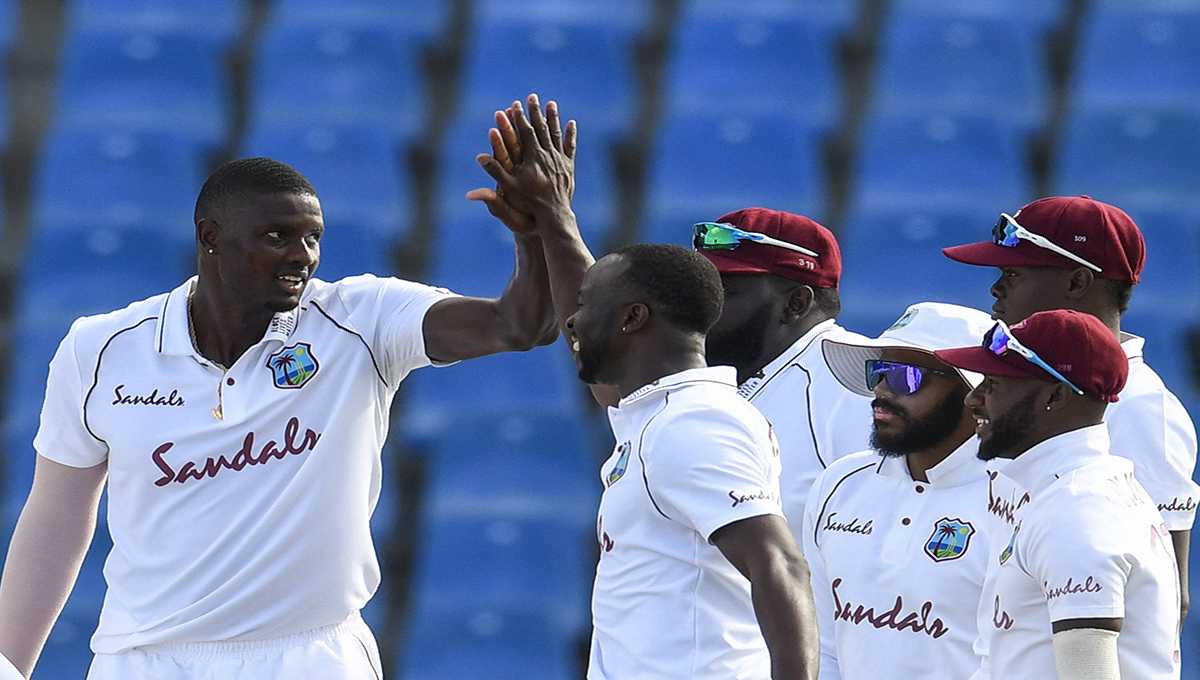 ST JOHN’S, Antigua – The West Indies team has made a significant move up the International Cricket Council’s (ICC) Test Match rankings, following the release of the latest rankings on Thursday morning. 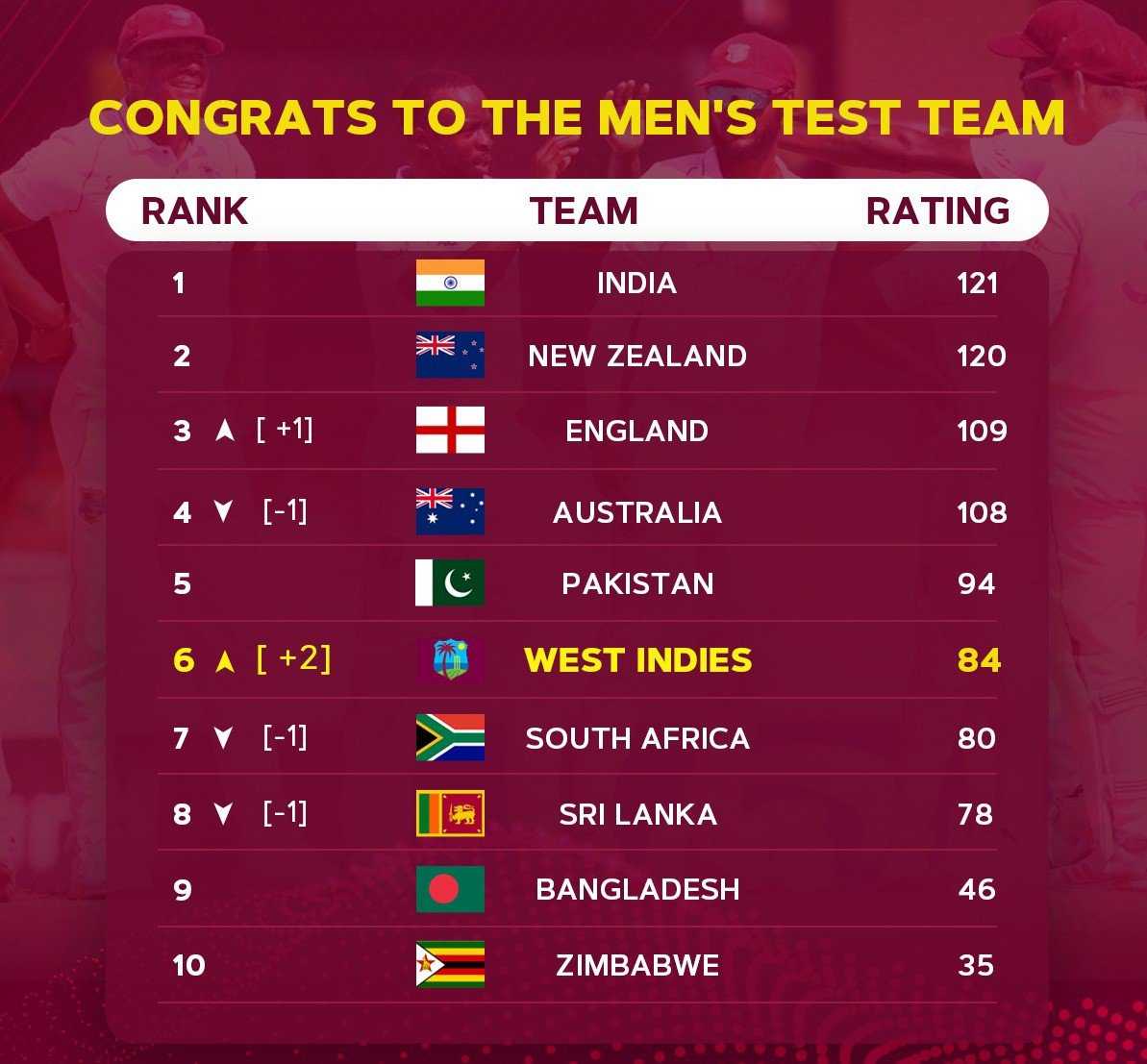 The West Indies growth and progress is the result of the memorable 2-0 win away to Bangladesh and the hard-fought 0-0 draw in the Sandals Test Series at home against Sri Lanka. It signals an overall rise for the team. Last month it was announced they moved up one spot in the ICC One-Day International (ODI) rankings, following the 3-0 clean sweep over Sri Lanka in the CG Insurance ODI Series.

Test Captain Kraigg Brathwaite was full of praise for his players and support staff. He said this is the beginning of the climb towards higher rankings. The experienced opener spoke to CWI Media on Thursday morning from Bristol in England where he is playing for Gloucestershire in the County Championship.

Brathwaite said: “I’m very proud of the team to jump two places in the Test rankings. I think this is just the beginning of good things to come. As a group, it shows that we can climb up the ladder and it’s just important for us to work hard and keep the belief and attitude to doing things right in the preparation and the execution on the field. Once we continue to do the small things right, and have the right attitude – because Test cricket is never easy – the sky is the limit.”

Among the ICC MRF Tyres player rankings also unveiled, Jason Holder remains the Number 1 Test all-rounder and is also our highest ranked Test bowler at Number 8. Kemar Roach is the next highest at Number 12.

Following the soon-to-be-announced Test Series against South Africa in June, the West Indies will then face fifth-ranked Pakistan in a Test Series due to played in August 2021 as part of the next cycle of the ICC World Test Championship.