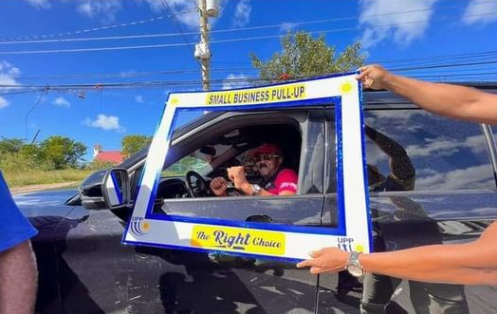 The UPP’s Alister Thomas said Browne’s donations to UPP supporters during their “Small Business Pull-up” activity was an attempt to win over their supporters through nefarious means.

Browne, who is highly active on social media, responded to the accusation on his personal Facebook page.

“They bought $5 drinks for their supporters. I gave my supporters money to buy their drinks. Their $5 gift is morally acceptable, but according to their false logic, my gift constitutes a ‘bribe’, Browne said.

“Tell them UPP losers, laggards and charlatans, get a blasted life,” to which he added, “The latter is a mild version of what I would really like to tell them.”

Elections in Antigua and Barbuda are constitutionally due by March, 2023, however, it is believed that Prime Minister Browne, whose Antigua Barbuda Labour Party continues to enjoy a considerable lead over the main opposition UPP, will likely call elections well before the deadline.