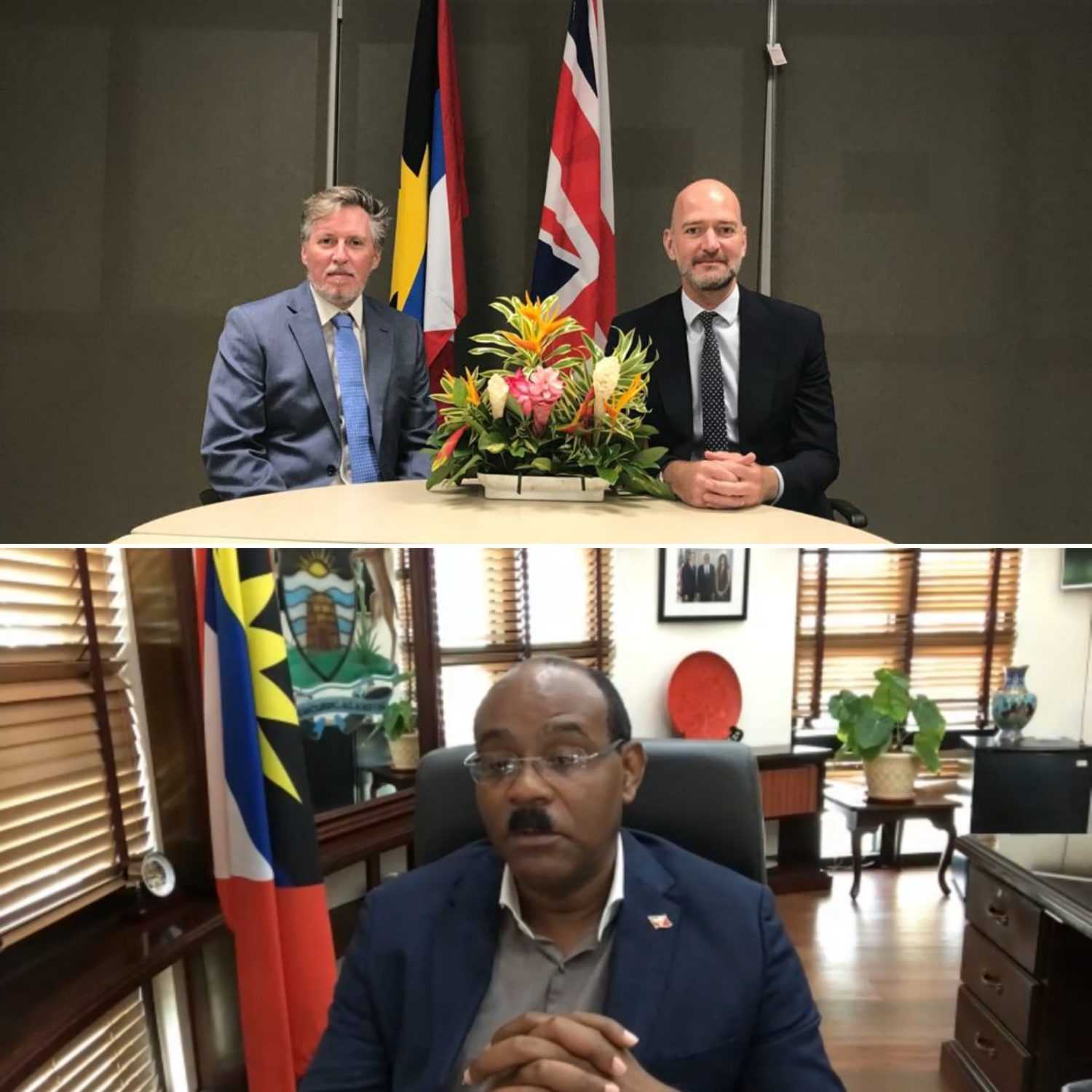 In a virtual ceremony on Monday, His Excellency Scott Furssedonn-Wood MVO presented his letter of introduction from UK Prime Minister Boris Johnson to Prime Minister of Antigua and Barbuda, Hon. Gaston Browne.

Minister of Foreign Affairs, Immigration and Trade, Hon. E.P. Chet Greene and officials from his Ministry were also in attendance.

High Commissioner Furssedonn-Wood has been a diplomat for 21 years. Prior to his arrival in Barbados, he served as Deputy Private Secretary to HRH the Prince of Wales and HRH the Duchess of Cornwall. He accompanied the Prince on his 2017 visit to Antigua and Barbuda.

Earlier in his career, Mr. Furssedonn-Wood served in India, Washington and Brussels.

High Commissioner Furssedonn-Wood leads the UK’s recently-expanded diplomatic network in the Eastern Caribbean, which includes the British High Commission in St. John’s, where he is represented by the Resident British Commissioner, Ms. Lindsy Thompson.

His Excellency Scott Furssedonn-Wood said: “I am delighted to be the British High Commissioner to Antigua and Barbuda and to have this opportunity, together with our Resident British Commissioner and her team in St. John’s, to further strengthen the close ties between our countries. Our partnership is strong and makes an important difference to so many of the urgent issues that Antigua and Barbuda and the United Kingdom face together.”