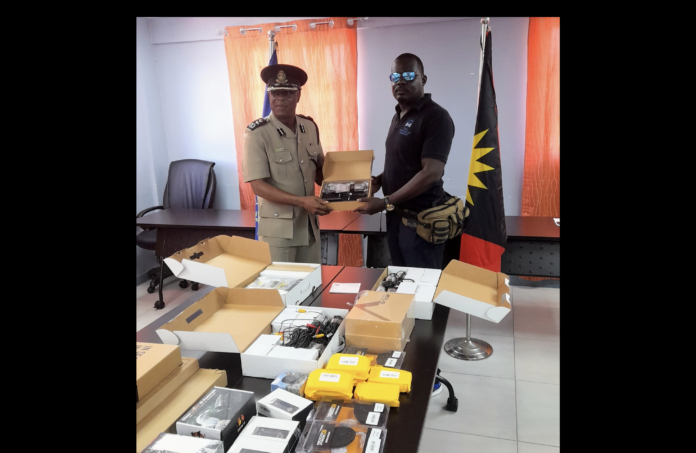 On Thursday, the Royal Police Force of Antigua and Barbuda received a donation of body cameras which will be used to track their interactions with the public.

The cameras will also add an extra layer of protection for the police and the public and serve to hold both sides accountable for their actions.

Yesterday as the devices were handed over, Deputy Commissioner of Police Everton Jeffers explained that officers will receive rigorous training on their use before the bodycams are put into use.

“And so, some of these allegations that we have levied against the police, I believe would be thrown out of the window because of these bodycams,”

The cameras, and other security devices, were donated by Francis Criminologist’s Law based in the United States of America.

The other items presented included desktop and laptop computers, projectors, and police radios.

The company’s principal, Everson Francis, who is a citizen of Antigua and Barbuda, migrated to the US after completing high school education at the Jennings Secondary School.

He noted that he was pleased to be able to aid in the upgrade of the crime fighting technology in his homeland and support the efforts of the police.