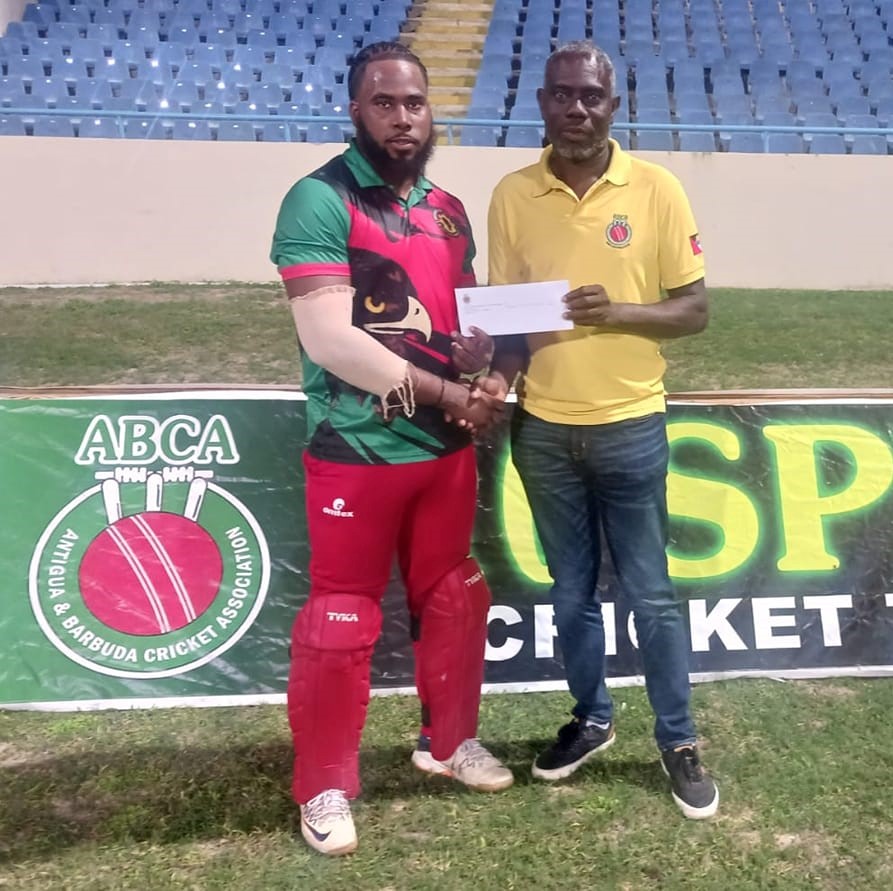 PIC Insurance Liberta Black Hawks and Pigotts Crushers both claimed their third wins to share the top of the standings in Zone A of the Antigua and Barbuda Cricket Association’s (ABCA) 10 Splash on Sunday, 15th January.

Liberta Black Hawks snatched a 13-run victory over Rising Sun Spartans in the last game of a Zone A triple header at the Sir Vivian Richards Cricket Stadium.

Liberta made 78 for 5 off their 10 overs after winning the toss and deciding to bat.

In reply, Rising Sun Spartans could only muster 65 for 4 in their allotted overs with Amahl Nathaniel picking up 2 wickets for 13 runs.

Malinga Bruney hit an unbeaten 19 off 15 balls, Shaquan Hewlett made 11 not out and captain Kerry Mentore scored 10 for Rising Sun who succumbed to their second loss in five matches to remain third in the Zone A standings with 10 points.

Their third win in four matches lifted Liberta Black Hawks to 14 points to put them on par with Pigotts Crushers who beat Bolans Blasters by seven wickets in Sunday’s opening encounter.

Set 77 to win, Pigotts Crushers achieved victory by reaching the required target for the loss of 3 wickets with 7 balls to spare.

Bolans Blasters, who won the toss and opted to bat, could only muster 76 for 4 off their 10 overs.

Dwayne Fordyce top scored with an unbeaten 29 off 18 balls with 3 sixes and a four.

Their fifth loss in as many matches ensured Bolans Blasters remained firmly rooted at the bottom of the Zone A standings without a point.

New Winthorpes Lions, meanwhile, claimed their second win in five matches to advance to 10 points by pulling off a 20-run victory over Police in the second match on Sunday.

Chasing 104 to win their second match in the competition, Police were restricted to 83 for 6 off 10 overs as New Winthorpes’ skipper, Nino Henry, snapped up 3 wickets for 11 runs.

Jeron Jones was not out on 17, Vincent Shadrach Jr. got 15 and Tarick Prince made 11 for Police as they slipped to their second loss in five outings to remain on 8 points.

Opener, Jermain Otto, slammed an unbeaten half century to lift New Winthorpes Lions to 103 for 3 after winning the toss and opting to bat.

The competition continues with a Zone A double header at the Sir Vivian Richards Cricket Stadium today.

Pigotts Crushers will take on the Liberta Black Hawks in a top of the table clash at 2:30pm, while All Saints Pythons will meet Freetown at 5:30pm.