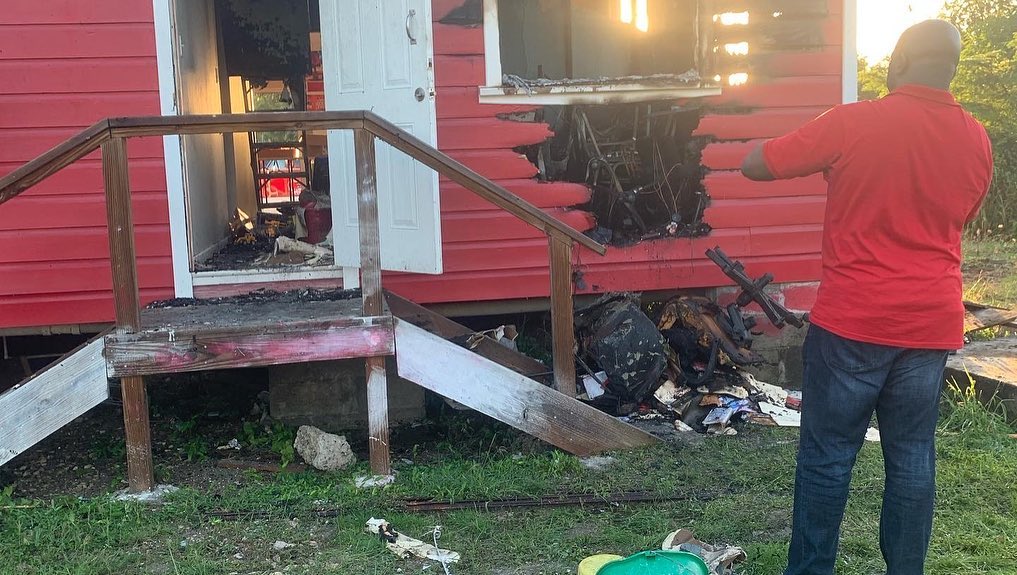 The Antigua Barbuda Labour Party’s Melford Nicholas’ birthday got off to a disappointing start as he was greeted in the wee hours of Monday with the news that his Fort Road constituency office was on fire.

The blaze occurred mere hours after Nicholas and his campaign team had concluded a political strategy meeting.

Now, police have launched an investigation into the fire that did considerable damage to Nicholas’ St. John’s City East branch building.

As police work to pinpoint the cause of the blaze, credible information reaching Pointe Xpress suggests that the incident may have been an act of arson.

At press time, fire officials would not confirm or deny this allegation.

At about 4:30am on Monday, the fire department received a call that the office was on fire.

When firefighters arrived at the scene, the blaze was at its worst in a room located in the back of the building.

Due to the quick response of the fire brigade, the fire, and resulting damage, were contained to that section of the structure.

No estimate has yet been given for the damage caused to the uninsured building.

Residents in the area claim they saw three people running away from the direction of the building moments before it went up in flames.

This is the second fire to affect Nicholas’ campaign in the past few weeks.

Previously, a political billboard belonging to the ABLP candidate was also set on fire.

This was quickly extinguished, and no significant damage was caused.

Nicholas has strongly denounced the acts of arson and has urged his supporters to take retaliatory action.