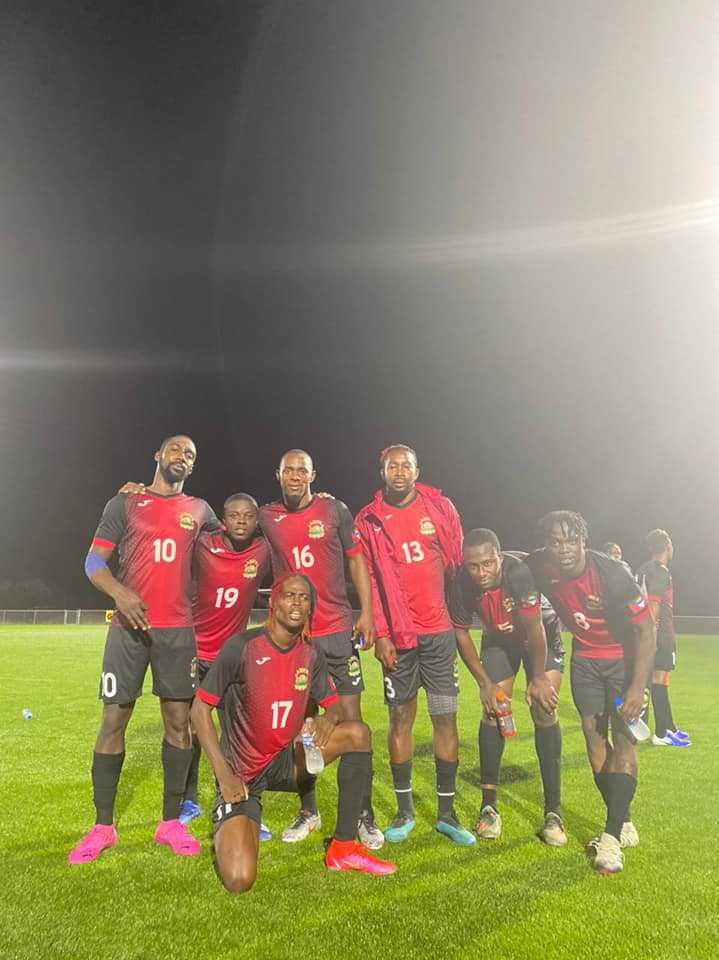 Antigua and Barbuda brushed aside the US Virgin Islands 3-0 on Saturday to continue their unbeaten run in World Cup Qualification.

After playing to a 2-2 draw in their first encounter earlier in the week against neighbours Montserrat in Curaçao, the Benna Boyz, led by veteran strikers Peter Byers and Quinton Griffith, were too much for the host.

Byers opened the scoring in the twenty-sixth-minute, followed by a penalty conversion by Griffith in the thirty-second, before completing his brace in the forty-fourth.

The Benna Boyz, mixing experience and youth, were the superior team throughout the game and should have won by a bigger margin. But local coaches Schyan Jeffers and Kajawawa Warner were pleased with the result.

No Moderna vaccines until next year