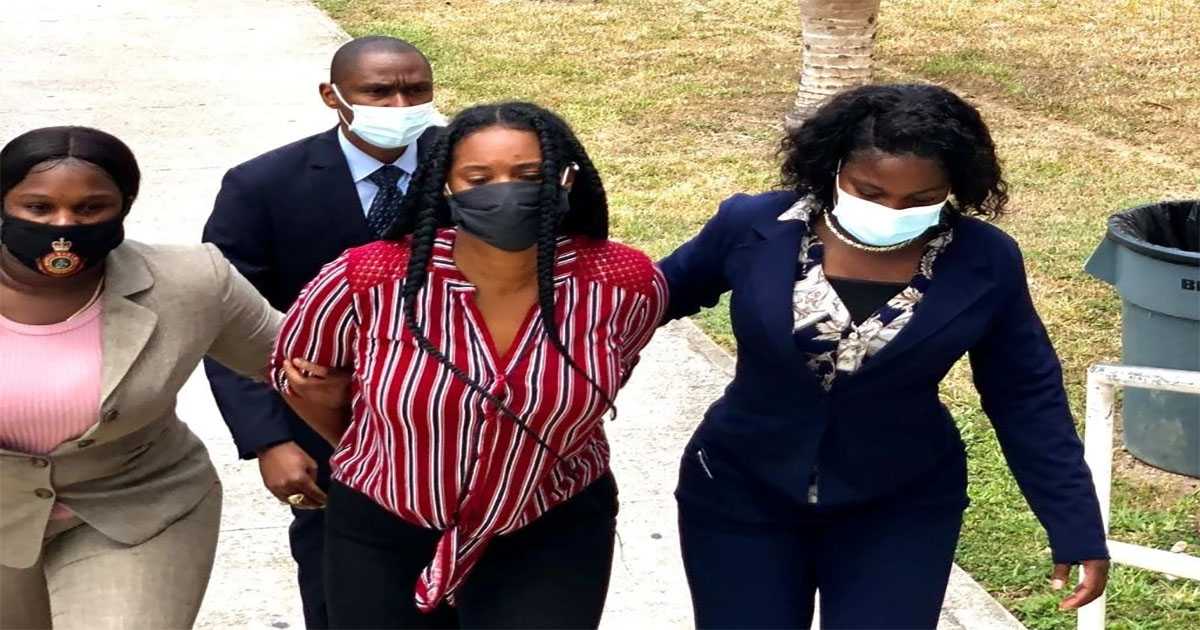 BAHAMAS – A woman accused of forging scores of COVID-19 test results was on Monday remanded to prison.

Laderia Russell, 35, of Grantanna Subdivision, off Cowpen Road, appeared before Chief Magistrate Joyann Ferguson-Pratt after police charged her with 80 counts of forgery and 80 counts of possession of a forged document in relation to the matter.

However, due to the court’s busy calendar, Ferguson-Pratt was only able to arraign Russell on 40 counts of possession of a forged document.

According to those counts, between November 25, 2020 and March 20, 2021, Russell had Doctors Hospital health systems negative COVID-19 RT-PCR tests in the names of other people.

She pleaded not guilty.

Russell, who is represented by Ian Cargill and Wendawn Miller-Frazer, returns to court today at 11 a.m. for the continuation of her arraignment, which is expected to last several days.