Copyright 2021 - All Right Reserved
Home Opinion ARE WE THERE YET?    HIV & AIDS: Four Decades and Counting
Opinion 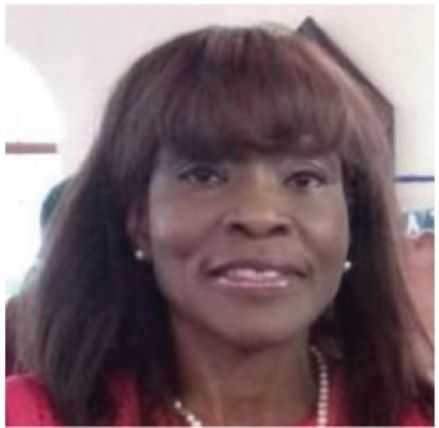 It has been stated that in the field of medicine there are three kinds of good ideas: the obvious ones, the not-so-obvious ones and the sort that Dr. Edward Jenner came up with in 1796. He had heard from his neighbors in rural Gloucestershire, England, that people who caught cowpox did not get the more-lethal smallpox very often, and he suspected the first disease was triggering the body’s defenses against the second

The notion must have sounded preposterous to his colleagues. At the time, they did not have words for the “immune system” and “germs” because they had not figured out either concept. Nonetheless, Jenner believed in his idea.  After successfully vaccinating a boy, he announced the dawn of an era. He had invented the vaccine, and the rest is history

Vaccines have transformed the world by eradicating smallpox, and they have largely rid the developed world of polio and measles. If vaccination is one of the most important medical innovations of the past two centuries, it is also one of the most cost-effective. Vaccines do not cure diseases; they prevent them. If you immunize 100 individuals with a vaccine you not only keep them healthy, you prevent them from infecting thousands.

Currently, there are no vaccines against the big global killers — HIV, tuberculosis and malaria, which together cause millions of deaths each year — because, even with all the technological prowess of modern medicine, vaccines for those diseases do not exist. There are challenges at every level. The science is hard, and biologists cannot always outsmart bacteria and viruses. The logistics are hard: the path a vaccine takes from the laboratory to the patient is difficult and the financing is also hard.

According to Dr. Morgane Rolland, “in the battle between HIV and the immune system; HIV has proved to be an elusive foe. HIV’s ability to mutate frequently – which produces a wide variety of different viral strains even in a single individual – means that the immune system can almost never pin down a stable target to destroy. These mutations results in the failure of the immune system to clear HIV infection and is also reflected in the inability of scientists, so far, to produce a vaccine”.

On December 1, we commemorated yet another World AIDS Day and as we do so we asked – how are we able to get vaccine candidates for SAR-Cov-2 (COVID-19) so quickly, while we are still waiting for one for HIV?  Kevin Kunzmann of Contagion – Infectious Disease Today posed another question, how much does the current virus crisis share in common with the early HIV outbreak scare?

In his answer he said the term “unprecedented” may be exhausted in descriptions of the coronavirus 2019 (COVID-19) pandemic—but it’s a natural response to how the virus has influenced the livelihood, state of mind, and priority of fear in the world’s population.

For so many, never before has a disease been so little understood and so greatly feared.

For others, there is a precedent event: the HIV epidemic.

In the final segment of an interview with Contagion during International AIDS Society (IAS) AIDS 2020 Virtual Sessions in July 2020, Cathy Creticos, MD, Director of Infectious Disease at Howard Brown Health, discussed the similarities and disparities of the COVID-19 pandemic and the HIV epidemic of the 1980s and early ‘90s.

For one thing, Creticos said, the swinging-pendulum nature of public response to developing news has been nearly identical—as has been the politicization of either disease.

“Here we are in 2020 with this disease that kills people, that we don’t have any treatments for, that we really don’t understand the full manifestation and presentation biology of the virus,” Creticos said. “We’re really dealing in the same situation as in the HIV epidemic.”

But the means by which medical, legislative, and public agencies have united in their efforts to address COVID-19 was sorely missing during the height of HIV fear.

“I wonder if we had this type of effort at the beginning of the HIV epidemic, if we’d have solved this problem by now,” she said. “I think a lot of it has to do with the fact that COVID affects everybody, but HIV was certainly perceived as not affecting everybody”.

I must confess I have had similar thoughts.

As a graduate student at New York University, I saw some early cases of Kaposi Sarcoma and Pneumocystis Carinii pneumonia. Most importantly, while continuing to work in that area and looking specifically at the inversion of the T cell ratio in individuals infected with HIV, I saw an article in the New York Native written by Larry Kramer an individual infected with HIV.

I was aware of the many questions about the disease; I saw many of those infected with HIV I investigated samples from those individuals and others collected from “Bathhouses”; I saw the number of cases increase and then decrease on a daily basis (because of death); I saw the fear in colleagues, friends and everyone involved and I was aware of my own fear.

After reading the article by Larry Kramer, I was literally taken for a spin and it changed my whole world because it became real to me and I had to find out for myself what was causing AIDS and how to protect my health and the health of my family.

“There are now 1,112 cases of serious Acquired Immune Deficiency Syndrome. When we first became worried, there were only 41. In only twenty-eight days, from January 13th to February 9th [1983], there were 164 new cases – and 73 more dead. The total death tally is now 418. Twenty percent of all cases were registered this January alone. There have been 195 dead in New York City from among 526 victims. Of all serious AIDS cases, 47.3 percent are in the New York metropolitan area. These are the serious cases of AIDS, which means Kaposi’s sarcoma, Pneumocystis carinii pneumonia, and other deadly infections. These numbers do not include the thousands of us walking around with what is also being called AIDS: various forms of swollen lymph glands and fatigues that doctors don’t know what to label or what they might portend. …

“The rise in these numbers is terrifying. Whatever is spreading is now spreading faster as more and more people come down with AIDS. And, for the first time in this epidemic, leading doctors and researchers are finally admitting they don’t know what’s going on. I find this terrifying too – as terrifying as the alarming rise in numbers. For the first time, doctors are saying out loud and up front, “I don’t know.” For two years they weren’t talking like this. …

“New York University Hospital, the largest treatment center for AIDS patients in the world, has had its grant application pending at NIH for a year and a half. …

“My sleep is tormented by nightmares and visions of lost friends, and my days are flooded by the tears of funerals and memorial services and seeing my sick friends. How many of us must die before all of us living fight back? I know that unless I fight with every ounce of my energy I will hate myself. I hope, I pray, I implore you to feel the same. If we don’t act immediately, then we face our approaching doom.”

Globally, and locally, the infections continue, the deaths continue and treatment, care, support and love continue, however, the answer is NO. We are not there yet.

Mrs. Frederick professional background is supported by experience in
pertinent environments including teaching hospitals, research facilities,
and the pharmaceutical industry.