Copyright 2021 - All Right Reserved
Home Local News Antigua and Barbuda was among several of British Airways’ US and Caribbean destinations that were severely impacted by disruptions in service this week.
Local News

Antigua and Barbuda was among several of British Airways’ US and Caribbean destinations that were severely impacted by disruptions in service this week. 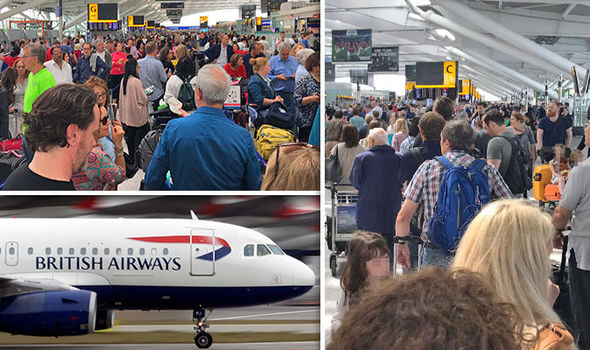 The UK-based airline operates service to Antigua and Barbuda on Wednesday and Saturday.

Passengers reported delays of several hours to close to a day without explanation from the airline.

On Thursday, British Airways issued a statement which said in part, “ “Our flights due to depart the USA tonight are currently delayed due to a technical issue with our third-party flight planning supplier, which we are urgently investigating.

“We’re sorry for any disruption this will cause to our customers’ plans, our aim is for these flights to depart as quickly as possible.”

Actress Liz Hurley was back on her way to the UK from Nevis where she attended the premier of a movie she stars in that was shot on the island.

Hurley posted on Twitter that she was left stranded by British Airways at the V. C. Bird International Airport for over 20 hours without information about what had caused the delay, food, water or an offer of accommodation.

Other passengers with British Airways reservations, replying to her tweet, said they had similar experiences at other destinations.