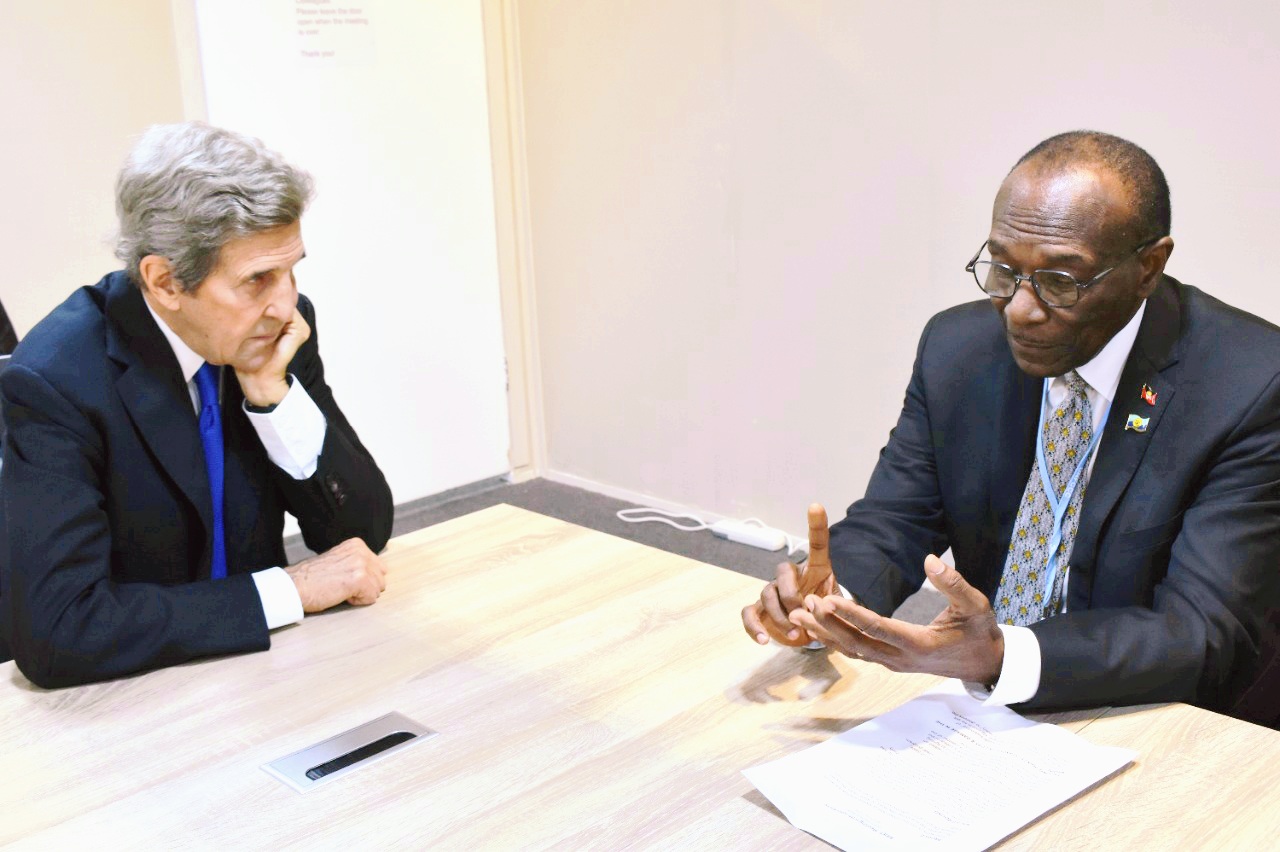 Antigua and Barbuda, as Chair of AOSIS, is celebrating its vital role in lobbying for the world’s largest environmental offenders to be held accountable for their role in contributing to climate change and its devastating impact on Small Island Developing States (SIDS).

Ahead of the conclusion of COP27 in Sharm-El-Sheik, Egypt, world leaders agreed to the establishment of a Loss and Damage Fund for island nations vulnerable to the effects of climate change.

Describing the accomplishment as “A mission 30 years in the making, accomplished” Minister of Environment, Sir Molwyn Joseph told the influential gathering that the decision to establish the Loss and Damage Fund had restored faith in the international community’s commitment to actively fight climate change.

“AOSIS promised the world we would not leave Sharm El Sheikh without achieving the establishment of a loss and damage response fund. A mission thirty years in the making has been accomplished.

“Today, the international community has restored global faith in this critical process that is dedicated to ensuring no one is left behind.

“The agreements made at COP27 are a win for our entire world. We have shown those who have felt neglected that we hear you, we see you, and we are giving you the respect and care you deserve. Now we must solidify our ties across territories. We must work even harder to hold firm to the 1.5C warming limit, to operationalise the loss and damage fund, and continue to create a world that is safe, fair, and equitable for all,”  Sir Molwyn said.

Celebrating the decision as heralding “the start of a new paradigm that truly accounts for the burdens of climate change”, the minister made the sobering observation that other challenges lay ahead.

“Establishing this fund signals to the world that loss and damage will no longer solely be borne by those governments and people least responsible. Today is a step towards climate justice.

“Consensus does not mean harmonious agreement and we acknowledge the flexibility shown by all Parties. In particular, we commend the Group of 77 and China and its Chair and 194 members for the solidarity and resolve that made this momentous outcome possible.”

He continued, “We call on Parties to work constructively to design and operationalise this fund over the next 12 months. It must be ready by the next COP. Parties should elect members to the Transitional Committee immediately and give clear mandates for them to get their work done.

“This loss and damage fund must become the lifeboat that we need it to be.

“But it is just a lifeboat, nonetheless, in a brewing hurricane.”

He also urged the international community to remember that the initial goal is to avoid hitting the critical 1.5°C temperature increase by 2025 which scientists suggest will trigger extreme heatwaves, oceans rising, and the destruction of 70 to 90 percent of coral reefs.

These apocalyptic impacts will be most detrimental to AOSIS’ 39 SIDS members.

If greenhouse emissions are not drastically reduced, it is projected that global temperatures could rise by as much as 3.2°C by the end of the century. This outcome would spell certain disaster for the planet and all life that exists on it.

The only way to stave off this preventable outcome and irrevocable damage is to actively work to achieve negative emissions as quickly as possible.