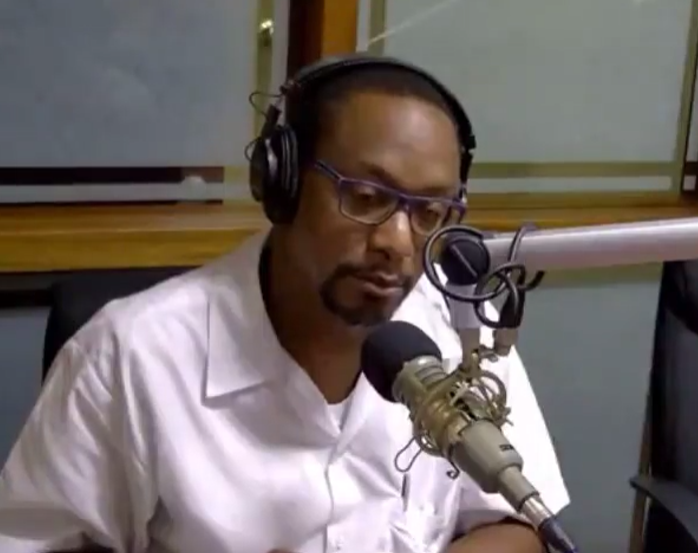 With just little over a week having passed since the shocking resignation of Observer journalist, producer and host of the popular Big Issues radio show, Kieron Murdoch, another heavy hitter has thrown in the towel.

During his regularly scheduled Monday morning Observer AM appearance, host Daren Matthew Ward shocked listeners by announcing that it would be his last day on the air.

Ward joined the organisation in 2013 when it was still under the management of the Derrick family.

He explained to listeners that there were several factors that influenced his decision to leave the company, the greatest of which was the blatant political partisanship displayed in recent times by the company’s management.

“When I joined the Observer back in 2013 I did so for two reasons: one, to fulfil a quiet ambition to be a first-rate media host, and second, to contribute to a society which I felt needed a calm measured voice, free of the partisanship which so enveloped our society over decades.

“I got the chance to follow in the footsteps of some outstanding personalities on the Observer who set the stage for people like me and others to provide a forum for what Julian Rogers describes as the ‘democracy of the airwaves’.

“I also came to admire one of the founders of the Observer; Winston “Fergie” Derrick, who never failed to show their party colours but challenged the political status quo whether the powers wore red or blue.

“Over the years of hosting the morning show I learned a great deal about this country from the people who appeared on the show as our guests and from the listeners who challenged their positions and those who’ve also challenged me.

“It is such respect that I feel is threatened by recent developments at Observer. I fear that continuing in this role will continue to subject my reputation for fairness and balance to significant impairment.

“I also seek peace of mind and safety in this ‘silly season’. I cannot, therefore, continue to serve in this capacity under the prevailing circumstances.

“As I depart, I remain committed to serving my audience and will find new ways to do so. I hope you will join me.

“To my beloved listeners,  I love and thank you all, red, blue and orange and those in the middle. May we all strive to be good, good, good citizens above being supporters of one party or another,” Ward said yesterday.

According to inside sources, other members of Observer’s staff share similar concerns and are contemplating severing ties with the media house.

The news rocked social media with many members of the public thanking Daren for his years of service and supporting his resignation.

“Observer Media just lost their best host since Winston Derrick. Good luck and I hope you haven’t given up media totally. Looking forward to hearing you on the airwaves in time to come,” one person said.

“Observer AM will never be the same without Daren Matthew Ward. We will miss you. All the best in your future endeavours,” another added.

While others welcomed his farewell as “another ABLP operative gone from Observer”.

“This is one resignation I was looking forward to because I knew it would’ve happened. He wasn’t pressured by management but it is more so that he can’t get to push the labour party agenda as how he would like to.

“However, I listen to him every morning and I only can wish him all the best in his future endeavours. Let’s wait and see which radio station he goes to work for next,” one person posted.

“An unfortunate development….looking forward to the next step on your journey as a fair and balanced journalist Daren Matthew-Ward. You were always a breath of fresh air on the radio waves as it become more partisan as the days passed,” Lake added.

Prime Minister Gaston Browne however, has again accused the management of the self-proclaimed ‘independent media house’ of continuous attempts to suppress freedom of the press.

“Everything they touch, they botch. An exodus of staff at Observer fleeing abuse and oppression. Murdoch, Elesa George and Matthew Ward resigned.

The economy is poised to regain COVID-19 losses