Alzarri continues to improve with the bat 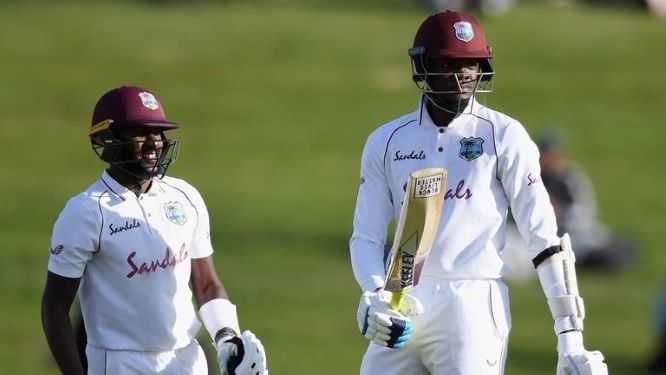 West Indies middle order batsman Jermaine Blackwood has expressed delight over his 107 run partnership with Alzarri Joseph. The partnership led Blackwood to a score of 104 in their second innings resistance to give the Caribbean side a respectable score of 247 against New Zealand.

With just two batsmen Darren Bravo, 12 runs, and Kraigg Brathwaite, 10, of the top five West Indies batters, the men in maroon struggled at 89 for 6 before Joseph’s entry in the middle.

Blackwood was high in praise for Joseph’s performance with the Antiguan posting his highest test score batting at number eight of 86 off 125 balls. Blackwood also credited Joseph for inspiring him to play on leading to his second century in 32 matches.

“When Alzarri came to the crease I just told him play his natural game and that I would try to bat as long as possible,” Blackwood said.

“We agreed to stay in the middle with each other,” the Jamaican noted.

The 29-year-old said Alzarri takes pride in his batting and fielding and remarked that it was good to see him bat the way he did.

Joseph recently invested in a bowling machine to aid in the development of his batting.

Inspection of the General Post Office scheduled for today