ABLP Manifesto 2023: Building on past successes! 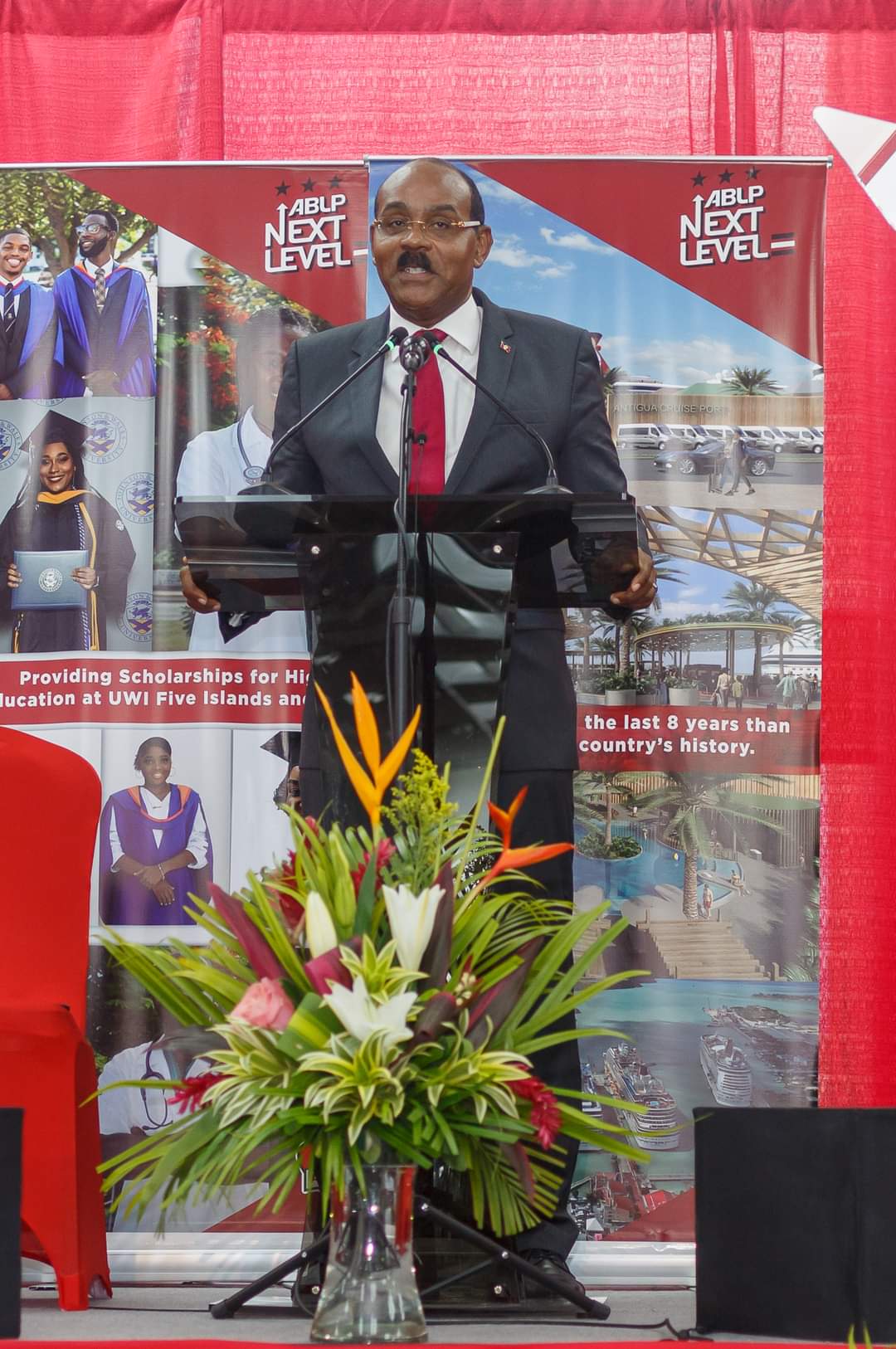 The Antigua and Barbuda Labour Party launched its 2023 election manifesto with a commitment to continue to oversee the economic growth and recovery that the country has enjoyed following the COVID-19 pandemic.

The ceremony to launch the manifesto, titled “ABLP Next Level of Progress and Prosperity For All” was held at the Sir John St. Luce Financial Centre on the Factory Road where party officials highlighted the effective management of the country’s economy since 2014.

In particular, however, the ABLP underscored its management of the affairs of the country during the pandemic between 2020 and 2021 and the economic fallout which accompanied its arrival.

From rescuing the economy after its disastrous management by the UPP government between 2004 and 2014 to effectively steering the country through the unprecedented pandemic, the ABLP touted its accomplishments as it was able to successfully steer Antigua and Barbuda out of these crises to record an average growth rate of over 7 percent for two consecutive years.

The  ABLP’s political leader, Prime Minister Gaston Browne, said based on its performance, his party has made a strong case for its reelection on 18th January

“Antigua and Barbuda emerged better off than most countries. We kept fatalities down to one of the lowest numbers in the world – 146 persons of almost 6.9 million to date – and we saved more infected persons per head of population, than the majority of other countries.

“We recovered 8,960 persons, many of whom are back at work, back at school and back to living healthy and productive lives. In the process, we built out better health facilities, better services and better equipped and trained medical teams.

“That was no easy accomplishment; it required decisive government, sound financial planning and skillful allocation of scarce resources,” he stated.

PM Browne also highlighted other initiatives to assist the people of Antigua and Barbuda during the pandemic.

These included lobbying financial institutions to offer moratoria on loan payments to borrowers which went on to become the standard throughout the Eastern Caribbean Currency Union.

“We also used that time to incentivise our tourism private sector partners, to upgrade their properties in preparation for reopening our borders, which we did long before any other major tourism destination.

“The result of that early opening ensured that many companies, retail outlets, bars and service providers resumed business and survived. We successfully balanced the protection of lives and livelihoods, putting our people back to work, long before other countries,” he explained.

The ABLP’s political leader revealed that the private sector has been a key partner of the government in assuring the growth of the economy over the past eight years with investments totalling $2 billion dollars. In its new term, his government looks forward to continued engagement with this vital group.

He further announced that there have been significant private sector commitments to invest hundreds of millions of dollars into the economy over the next several years.

“Business people do not invest in a country and a government in which they have no confidence. The proof of that confidence is evident in the investments by local and foreign persons and entities.

“I thank the business sector for their confidence and assure them that a future ABLP administration will continue to work in partnership with them to continue our collective and steady climb to the Next Level of progress and prosperity,” he advised.

PM Browne listed several of the projects that will be implemented.

The US$80 million expansion of the University of the West Indies Five Island Campus is another major development that will be implemented this year. The agreement for the loan will be signed next Tuesday.