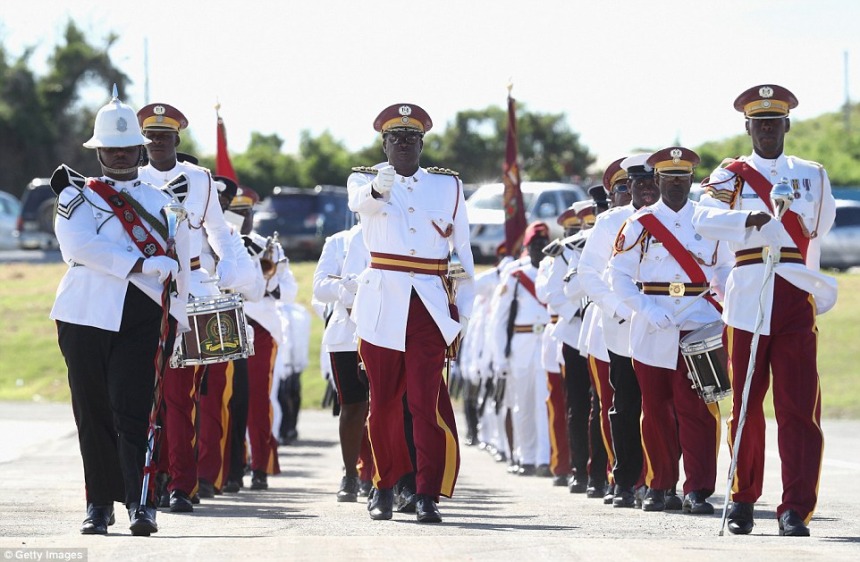 The men and women of the Antigua and Barbuda Defence Force (ABDF) are this week celebrating the organisation’s 41st anniversary and reflecting on their duties which extend far beyond their military obligations.

The anniversary this year is being observed under the theme, “Ready to Serve”.

The activities started on Sunday with a service at the Spring Gardens Moravian Church which saw the involvement of rank-and-file members of the ABDF as well as approximately 25 members of “The Trail Blazers” – the paramilitary group which existed prior to Antigua and Barbuda’s independence.

Members of the Ex-Service Men Association were also in attendance.

During the service, Chief of Defence Staff, Colonel Telbert Benjamin, addressed the current expanded role of the ABDF that now includes the Coast Guard Service, the Air Wing Division and the Cadet Corps.

One area of focus, he noted, is youth development through the Cadet Corps whose success, he believes, will help shape the future of the ABDF.

The ABDF Band and choir, specially prepared by Reverend Patmore Smith, also rendered items during the service in which Reverend Hylton Joseph delivered the message.

Today, celebrations continue with a social outreach exercise at the Fiennes Institute in which the rank and file will provide meals for and socialise with the residents of the assisted living facility and help beautify the grounds.

Sports competitions take centre stage on Tuesday with the finals of both cricket and football tournaments. According to Col. Benjamin, the competitions which began in May were planned to ensure that the finals would occur during the ABDF’s anniversary week.

There will also be a “March and Shoot” competition in which participants will participate in a 5-mile run from the Paynters Housing Project to Crabbes Military Facility where a shooting competition will take place.

Thursday 1st September, the ABDF’s anniversary, a variety concert will take place at Camp Blizzard where the ABDF band and Panache are among the acts billed to perform.

A friendly football match between the police and the ABDF will take place on Friday.

The week of activities will conclude with a cocktail party for the upper ranks of the ABDF, the organisation’s patrons and other invited guests.

LIAT to get additional aircraft