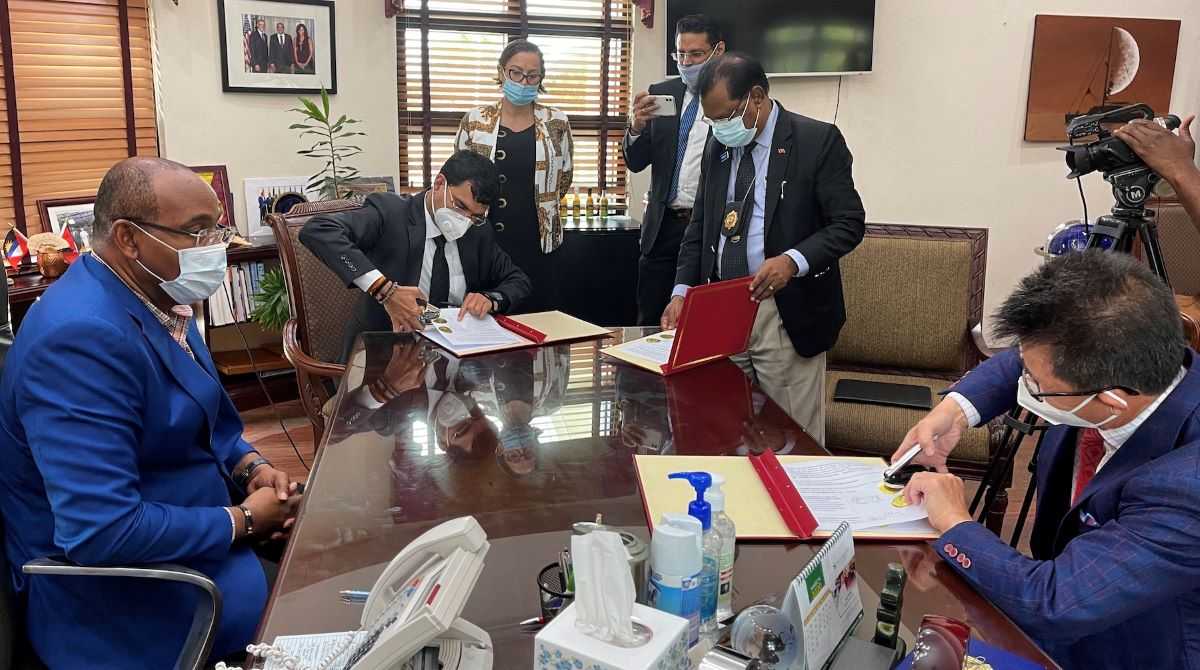 Prime Minister Gaston Browne has witnessed the signing of a Memorandum of Agreement between Yida International Investment Antigua and Barbuda Limited and Western Imperial Capital Limited.

The multi-million dollar deal is for the establishment of an offshore medical university, a hotel and a financial centre on 100 acres of land in the special economic zone situated at Crabbes, with Western Imperial Capital committing to spend more than US $ 100 million over a period of two years. 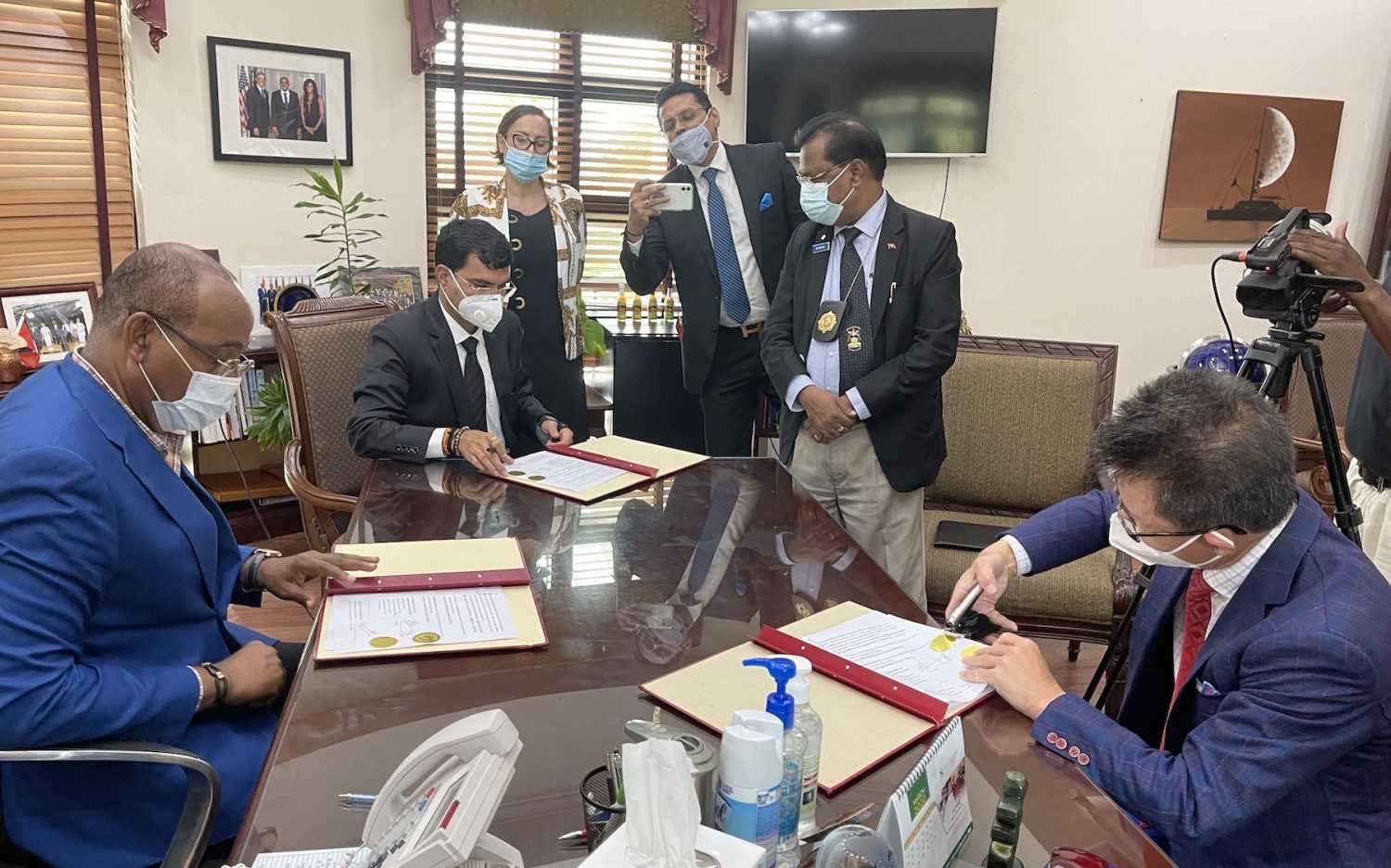 Commenting on the latest development, Prime Minister Gaston Browne said Yida Zhang can now promote the special economic zone globally, since restrictions that prevented him from transacting business were lifted several months ago. Mr. Browne expressed confidence in the Yida project, despite the challenges it has encountered.

Vijender Singh, CEO of Western Imperial Capital Limited said at the signing the planned investment will prove beneficial for the country.

For his part, Yida Zhang through an interpreter declared his continued commitment to the project, which he said will be significant.