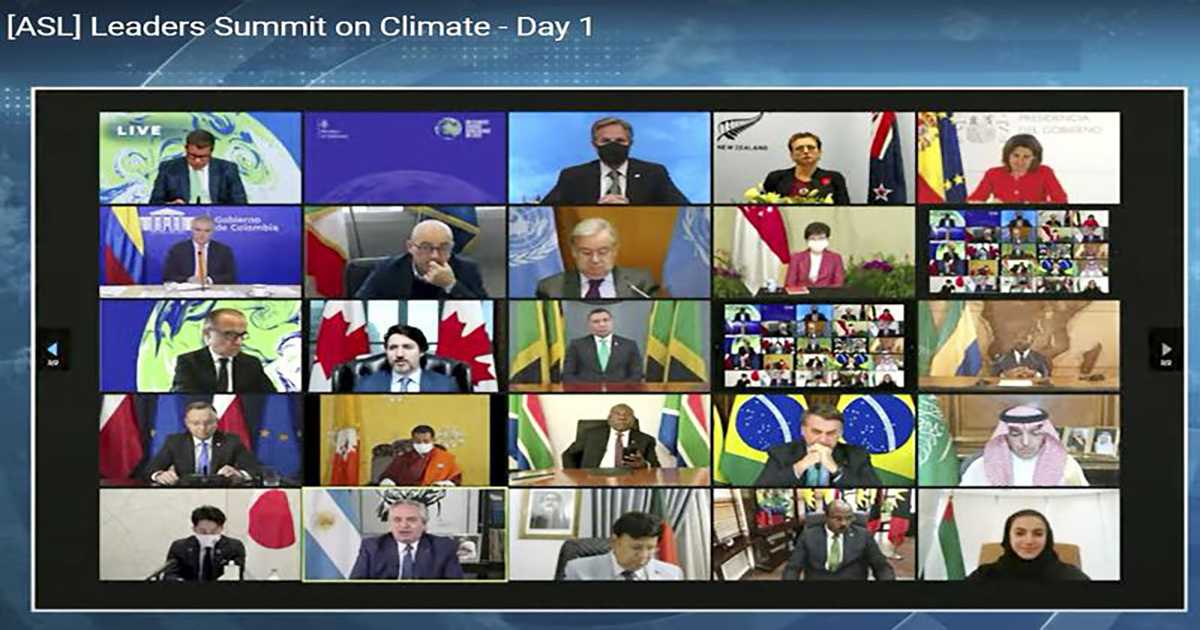 WASHINGTON (AP) — President Joe Biden convened leaders of the world’s most powerful countries on Thursday to try to spur global efforts against climate change, drawing commitments from Chinese President Xi Jinping and Russian President Vladimir Putin to cooperate on cutting emissions despite their own sharp rivalries with the United States.

“Meeting this moment is about more than preserving our planet,” Biden declared, speaking from a TV-style set for a virtual summit of forty world leaders. “It’s about providing a better future for all of us,” he said, calling it “a moment of peril but a moment of opportunity.”

“The signs are unmistakable. The science is undeniable. The cost of inaction keeps mounting,” he added.

Biden’s own new commitment, timed to the summit, is to cut U.S. fossil fuel emissions up to fifty-two per cent by 2030, marking a return by the U.S. to global climate efforts after four years of withdrawal under President Donald Trump. Biden’s administration is sketching out a vision of a prosperous, clean-energy United States where factories churn out cutting-edge batteries for export, line workers re-lay an efficient national electrical grid and crews cap abandoned oil and gas rigs and coal mines.

Japan announced its own new forty-six per cent emissions reduction target Thursday, and South Korea said it would stop public financing of new coal-fired power plants, as the U.S. and its allies sought to build momentum via the summit.

The coronavirus pandemic compelled the summit to play out as a climate telethon-style livestream, limiting opportunities for spontaneous interaction and negotiation. The opening was rife with small technological glitches, including echoes, random beeps and off-screen voices.

But the U.S. summit also marshalled an impressive display of the world’s most powerful leaders speaking on the single cause of climate change.

China’s Xi, whose country is the world’s biggest emissions culprit, followed by the United States, spoke first among the other global figures. He made no reference to non-climate disputes that had made it uncertain until Wednesday that he would even take part in the U.S. summit, and said China would work with America in cutting emissions.

Putin, whose government has been publicly irate over Biden’s characterisation of him as a “killer” for Russia’s aggressive moves against its opponents, made no mention of his feuding with Biden in his own climate remarks, a live presentation that also saw moments of dead air among production problems.

“Russia is genuinely interested in galvanising international cooperation so as to look further for effective solutions to climate change as well as to all other vital challenges,” Putin said. Russia by some measures is the world’s fourth-biggest emitter of climate-damaging fossil fuel fumes.

However, Russia and China announced no specific new emissions cuts themselves.