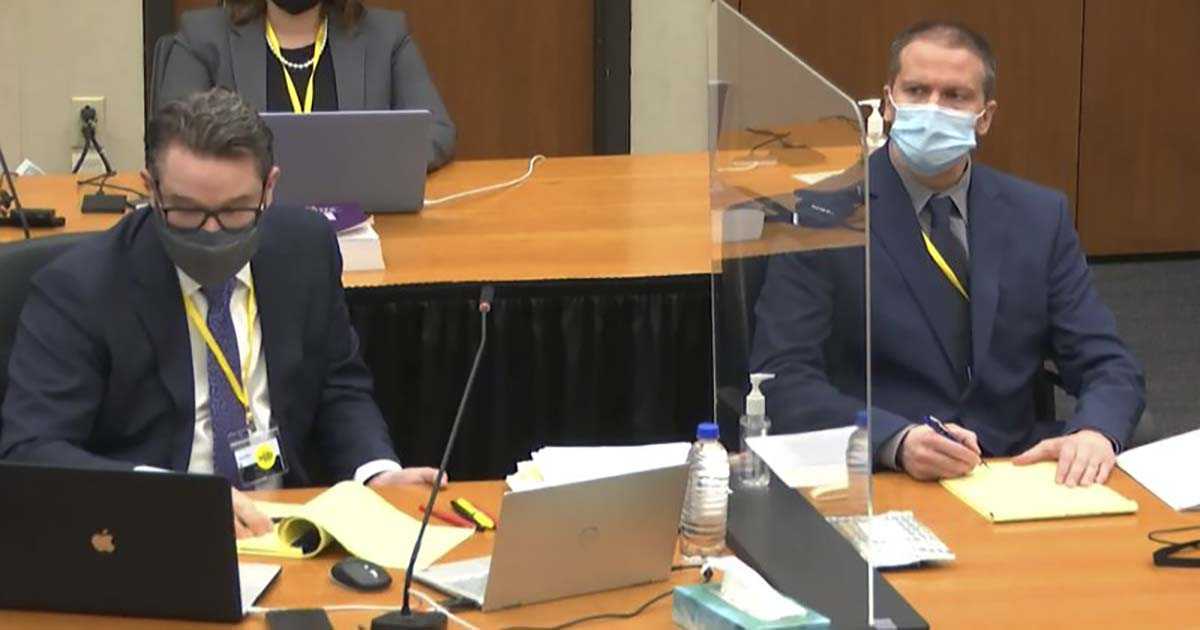 MINNEAPOLIS (AP) — As onlookers pleaded with Minneapolis police Officer Derek Chauvin to take his knee off George Floyd’s neck, Chauvin just gave them a “cold” and “heartless” stare, the teenager who shot the harrowing video of the arrest testified Tuesday at Chauvin’s murder trial.

In sometimes-tearful testimony, Darnella Frazier, eighteen, said Chauvin continued to kneel on Floyd’s neck and fellow officer Tou Thao wouldn’t let onlookers get close, even when one of them identified herself as a firefighter and begged repeatedly to check Floyd’s pulse.

“They definitely put their hands on the Mace, and we all pulled back,” Frazier told the jury.

Frazier said of Chauvin: “He just stared at us, looked at us. He had like this cold look, heartless. He didn’t care. It seemed as if he didn’t care what we were saying.”

Floyd’s death last May, along with the video of the Black man pleading that he couldn’t breathe and onlookers angrily yelling at the white officer to get off him, triggered sometimes-violent protests around the world and a reckoning over racism and police brutality across the U.S.

Frazier testified that she began recording the scene because “it wasn’t right, he was suffering, he was in pain.”

She said she had walked to a convenience store with her nine-year-old cousin when she came upon the officers, and sent the girl inside because she did not want her to see “a man terrified, scared, begging for his life.”

Frazier breathed heavily and wept as she viewed pictures of Chauvin kneeling on Floyd and after a prosecutor asked her to describe how the encounter changed her life.

She said she looks at her father and other Black men in her life, and “how that could have been one of them.”

“I stay up at night apologising to George Floyd for not doing more … not saving his life,” she said, adding of Chauvin: “It’s not what I should have done, it’s what he should have done.”

Chauvin’s attorney Eric Nelson sought repeatedly to show that Chauvin and his fellow officers found themselves in an increasingly tense and distracting situation, with the growing crowd of onlookers becoming agitated and menacing over Floyd’s treatment.

Under cross-examination from Nelson, Frazier said bystanders became increasingly upset by what they were seeing and got louder and louder, “more so as he was becoming more unresponsive.”