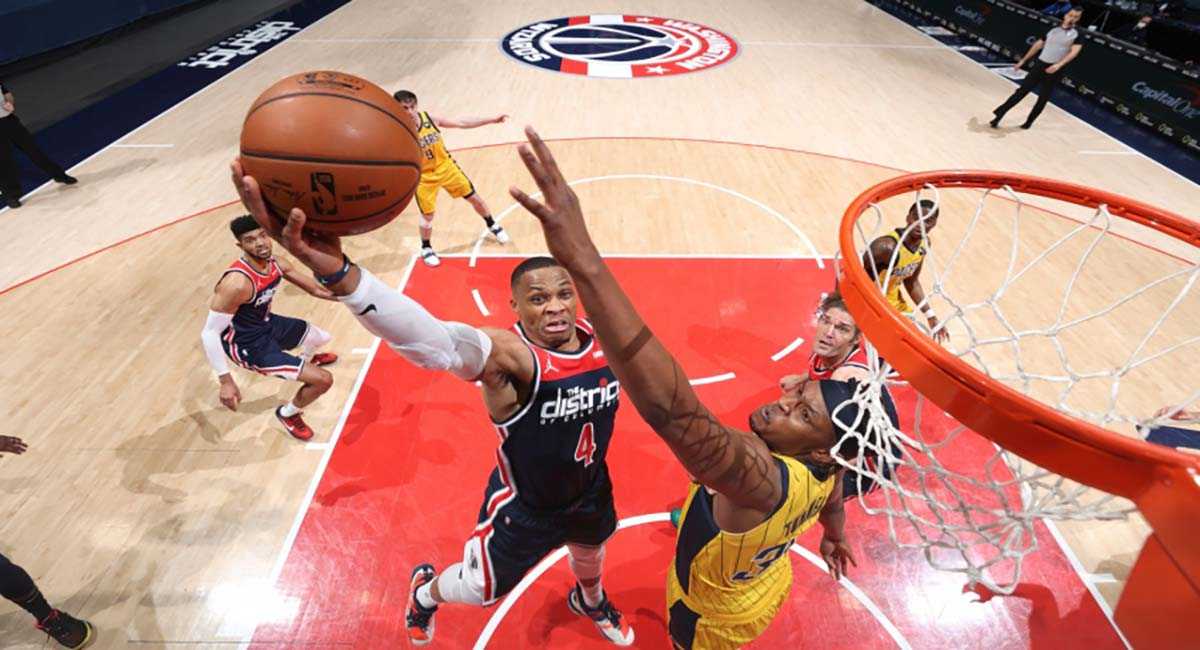 SportsMax – Russell Westbrook took an NBA record in his stride after landing a dazzling triple-double in the Washington Wizards’132-124 win over the Indiana Pacers.

The 32-year-old said: “One thing I always cherish and enjoy about this game is that you get to go out and compete. One thing I always pride myself on is making sure I leave it out on the floor every single night.

“I’ve been blessed with an opportunity to be able to do that and I don’t take it for granted. Along those lines, different records and different things may happen.

“But one thing I always do is stay humble, stay true to myself, and always continue to give everything I have and pride myself on being (able to) create some consistency for my team-mates.”

Speaking about his rebounding ability, Westbrook said: “Being athletic helps me being able to get it, but I don’t know if anybody’s better at my size at rebounding the basketball consistently.”

Scoring 20 or more points, grabbing 10-plus rebounds and at least 20 assists has been achieved only six times since 1963-64 in the NBA, and Westbrook has had four such games, with Magic Johnson and Rod Strickland the other two players on that list.

Earlier in March, Westbrook also became the first player in franchise history to record at least 35 points, 15 rebounds and 10 assists in a game.

New team-mate Chandler Hutchison, formerly of the Chicago Bulls, was impressed with his first experience of having Westbrook on his side.

Hutchison scored 18 points, his second-highest haul in a game behind the 21 points he scored for the Bulls in January 2020 – which also came in a clash against the Pacers.

Hutchison said of Westbrook: “He just commands an energy that’s extremely contagious. You see and you hear and you read all sorts of things about how he is as a player and as a person.

“I knew I was going to figure out who he really was, and just with being here a couple of days I already know the type of team-mate he is. He cares a bunch about his team-mates.

“It just shows with his ability to be unselfish and make the right plays. And obviously he’s a heck of a talent to be able to go out there and put up a statline like he did tonight and carry us to a win.”