Copyright 2021 - All Right Reserved
Home Local News Vendors may get some slack for now, but changes are coming
Local News

Vendors may get some slack for now, but changes are coming 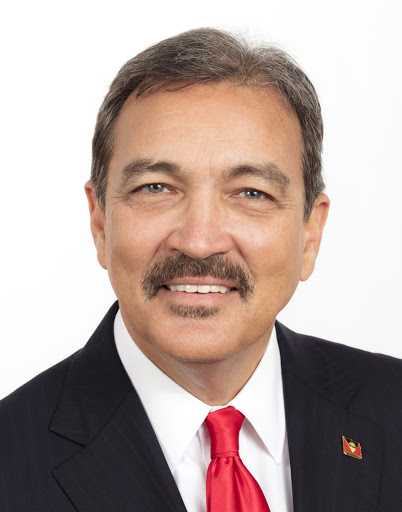 The St. John’s Development Corporation (SJDC) will this year place an increased focus on management of the city, according Minister for Tourism Charles Henry Fernandez.

The minister, who has portfolio responsibility for the SJDC, made the remarks on Tuesday during his contribution to the 2021 budget debate in the House of Representatives.

He had earlier reported that stayover tourism arrivals for 2020 were fifty-eight per cent lower than the previous (and record-setting) year, due to the economic devastation caused by the COVID-19 pandemic.

He added that “performance of the cruise industry last year was even more catastrophic … During this catastrophic pandemic year we recorded 259,426 passengers – all during the first quarter of 2020. This was a sixty-five per cent decline from the previous year. The yachting sector was the least affected. Due to the many yachts spending months of lockdown here, the yachting visitors [declined by thirty per cent] at the end of 2020 to 13,268 from figures of 19,074 in 2019.”

He noted that SJDC in 2020 had “suffered from the downturn, the closure of the cruise port, and this severely affected its cash flow.” But despite this, he said, more attention will be paid to “vending, infrastructure and general aesthetics.”

On the subject of vending, Fernandez suggested that authorities need to be flexible and avoid being too harsh or draconian when confronting the challenges it sometimes poses to order and regulation.

“Because of the pandemic, we have to be careful how we look at vending. There are a lot of families … a lot of people out there that would tell you they have it very hard, and you’ll see a number of places that have popped up. People have it really hard. So, what do you do? Do you lock them down and say ‘this has to be this way’? Or [do you] give some kind of ease at this point in time? We’re trying to balance it … We realize the importance of it to people and we are allowing it to go on; at the same time trying to see how we can manage it.”

Fernandez added that SJDC would “continue its mandate to guide the implementation of a program for the renewal and modernization of the city of St. John’s, bearing in mind its cultural and architectural history.”

He noted that the planned construction of a sewage treatment plant for the capital would be a key upgrade in the city’s quest for further modernization.

Going forward, registration will be a must for all vendors, the Minister announced. “Not saying we’re going to remove them off the street, but all will be required to be registered with the Corporation to ensure that the Government and other statutory bodies increase oversight of these activities. Vending will also be done in a way to ensure that all operators are in compliance with the established COVID-19 protocols.”

St. John’s Development Corporation, in 2020, will also “seek to have renovation commence on the Multi-Purpose Center” which Fernandez described as being “in need of urgent repairs.”

He disclosed that assistance would be sought from the People’s Republic of China which provided the facility many years ago as a gift to Antigua and Barbuda.

Antigua and Barbuda to receive 40,000 COVID-19 vaccines from India