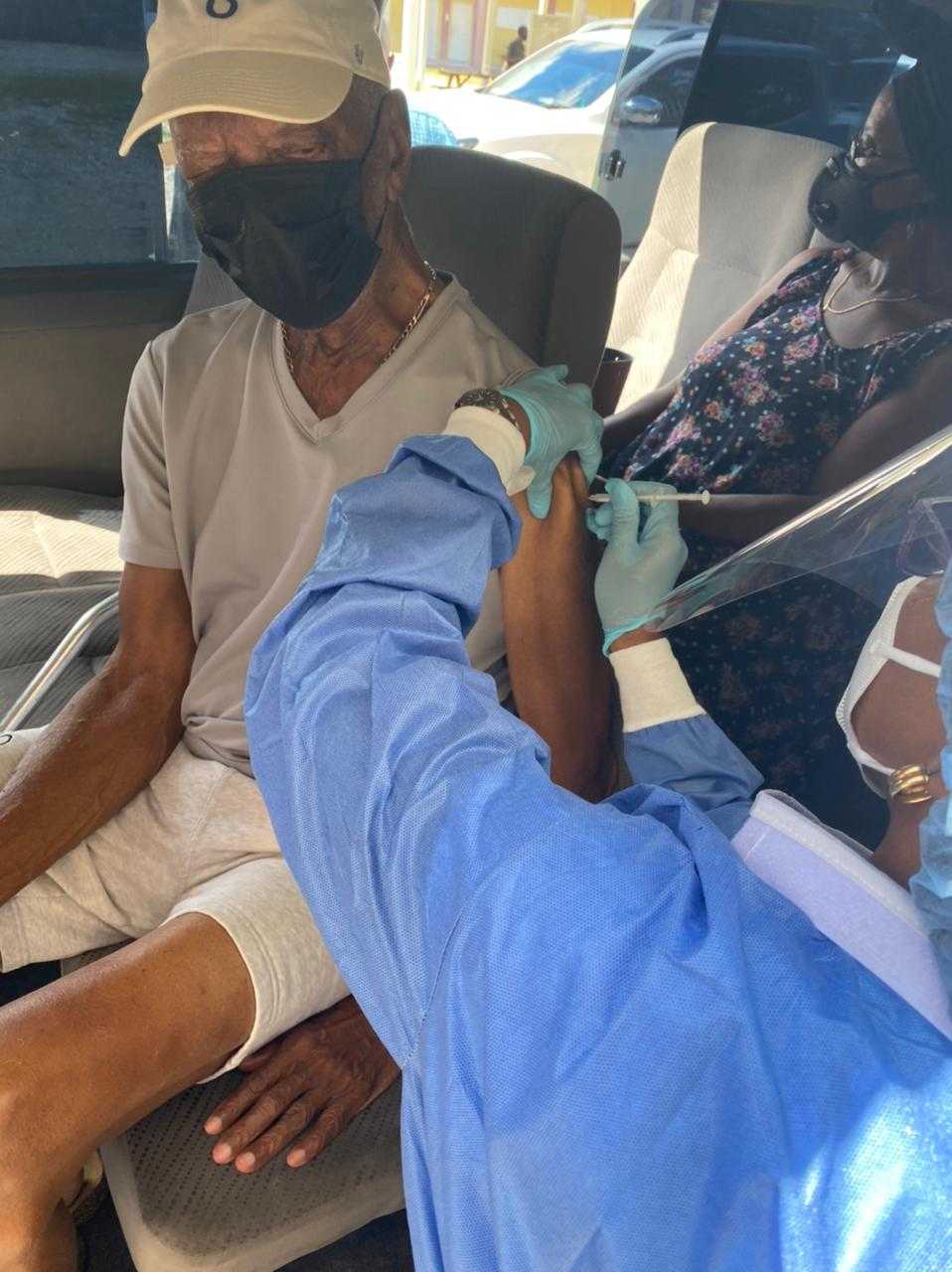 The programme to vaccinate all residents of Antigua and Barbuda continued over the past two days with close to three thousand people receiving their first dose.

Information provided by the vaccination centre states that the total for Monday and Tuesday at the five centres amounted to twenty-seven hundred and ninety-seven (2,797) individuals.

Over the two days, the Sir Novelle Richards Academy vaccinated 449 persons, the Antigua Girls High School, which catered solely for teachers and staff at the schools, 808 persons, Jennings Secondary 615, All Saints Secondary 484 (these two catered for 65 year olds from surrounding areas), and the Multi-Purpose Cultural Centre 441. 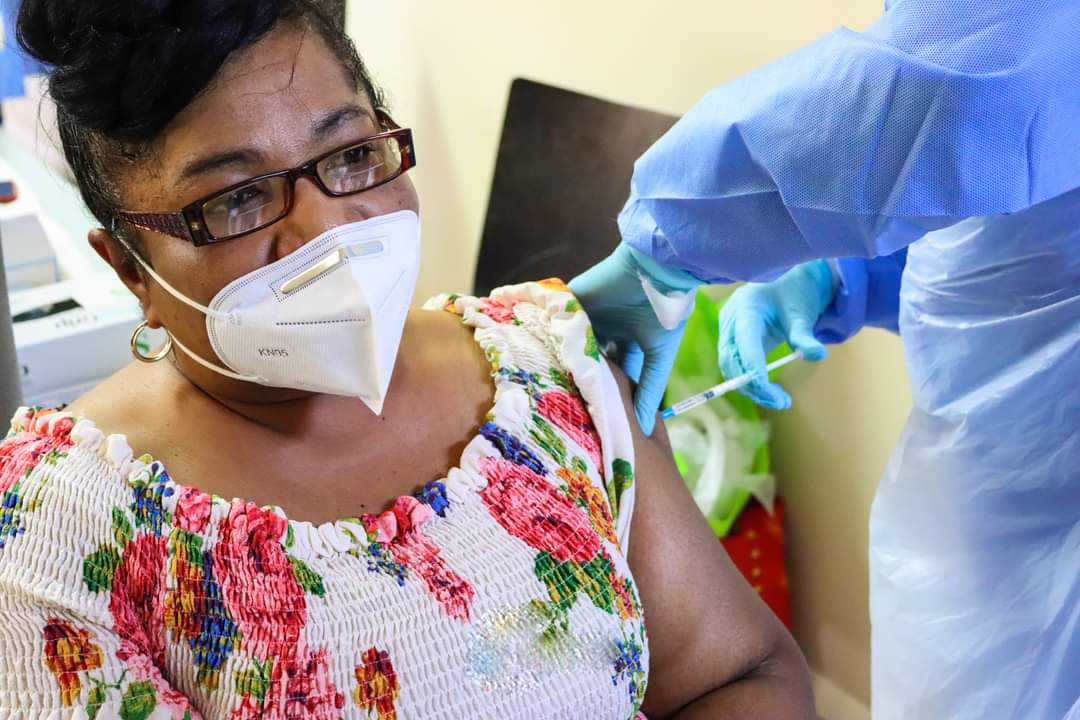 The vaccination of government ministries and departments has been running concurrently to the general vaccination programme. That too has been said to be going very well.

Meanwhile, among those receiving their vaccination on Tuesday was Sir Reginald Samuel, designer of the national flag of Antigua and Barbuda got the facts and took his vax at the Sir Novelle Richards Academy.

Fears that many people would not participate in the national vaccination exercise have long since subsided based on the overwhelming response by members of the community to the programme.

The programme is being carried out with a donation of 40,000 vaccines donated to the Antigua and Barbuda government from the government of India. Government has signed up with the COVAX facility being administered by the World Health Organisation and has been promised a further 40-thousand vaccines through that facility, however, there’s no definitive word on how soon that allotment will be shipped to St John’s.

The government said it is however exploring additional avenues to purchase vaccines to meet the national demand. With a resident population of approximately one hundred thousand people, the country needs two hundred thousand doses to fully inoculate the population with two jabs per person.

‘Teachers are anxious to go back to classrooms’