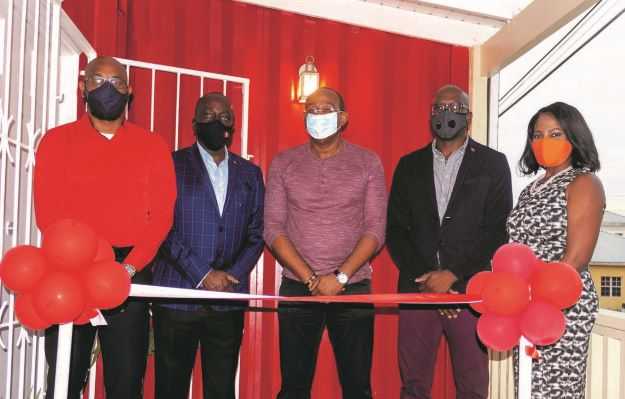 The newly opened community centre in the St. John’s Rural South constituency, has forged an alliance with the UWI Open Campus in which a series of courses will be offered to the area’s residents.

The announcement was made last Friday at the opening of the St. John’s Rural South Community Centre by the head of the Open Campus, Antigua and Barbuda, Coleen Letlow, and the area’s parliamentary representative, Daryll Matthew.

Letlow said the UWI is happy to be partnering with the community centre to make education more accessible to residents.

“I remember when we met with the representative Matthew, a few weeks ago he spoke of partnering with the Open Campus to fulfill the purpose of this centre. One of the things he wanted was to look at programmes that would benefit members of this community. Almost immediately we agreed because this meant that we would also be fulfilling part of the strategic initiative of the Open Campus which is community development and community services,” Letlow explained.

“You can also look at the success of this centre on how it is able to enrich the lives of the residents. We are hoping that as they engage in the training and the courses we will be offering that they will acquire the tools that will enrich their lives,” she added.

Matthew, whose ministerial portfolio includes responsibility for Culture, Sports and National Festivals, said he wanted to build a centre that would serve the entire community.

This, he said, motivated his decision to engage the UWI Open Campus with the proposal to make the centre a satellite of the institution where residents can have easy access to its courses.

According to Matthew, the courses will begin in January and will cover subjects including business, office management, nail technician certification and customer service training.

Matthew said the centre is available to other institutions to host courses ‘free of costs’ as the residents in the community will ultimately benefit.

He described education as a critical tool in enabling people to improve their standard of living.

“Education is an important part of helping people improve their quality of life and that’s why I want to encourage residents of Rural South to take advantage of the subject offerings to better enable them to navigate the many challenges ahead,” Matthew stated.

The centre is a retrofitted 40-foot container which features free internet and WiFi services which residents, in particular, can access for study or other purposes.