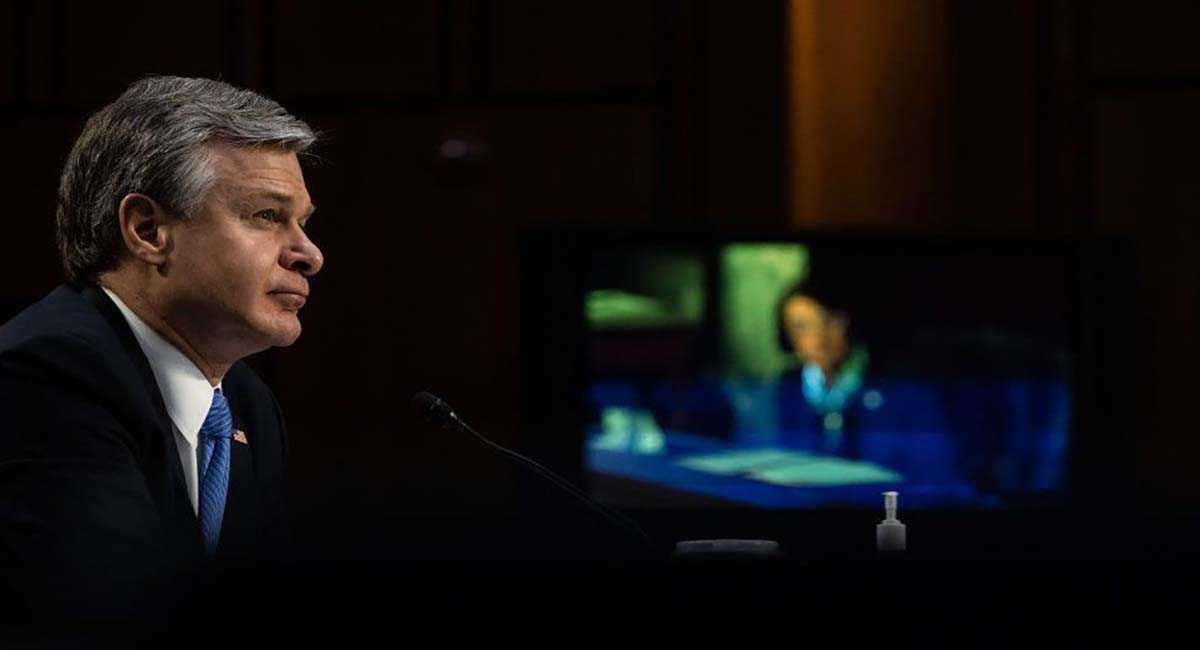 FBI probes of domestic terrorism plots have risen to 2,000 cases, up from 1,400 at the end of 2020 – according to the bureau’s director Christopher Wray.

Over 260 people have been arrested in connection with the 6 January storming of the US Capitol to date.

Accepting such behaviour “would make a mockery of our nation’s rule of law”, Mr Wray warned during Tuesday’s hearing.

Mr. Wray added that he believed the siege had been “an inspiration to a number of terrorist extremists”.

His testimony before the Senate Judiciary Committee on Tuesday marks Mr. Wray’s first public appearance since before November’s presidential election.

Mr. Wray had not previously spoken publicly about the attack at the US Capitol, although he has worked with local law enforcement and briefed lawmakers in private.

Senators initially focused on questions regarding how the Bureau handled a local field office report released the day before the siege that warned of violence in Washington.

The US Capitol Police has said they did not know about the report and received no intelligence from the FBI about the day of the attack.

Mr. Wray countered that the report was sent out by the FBI’s joint terrorism task force, discussed at a command post and posted to an online portal that other law enforcement agencies can access. (BBC)

Chinese vaccines sweep much of the world, despite concerns