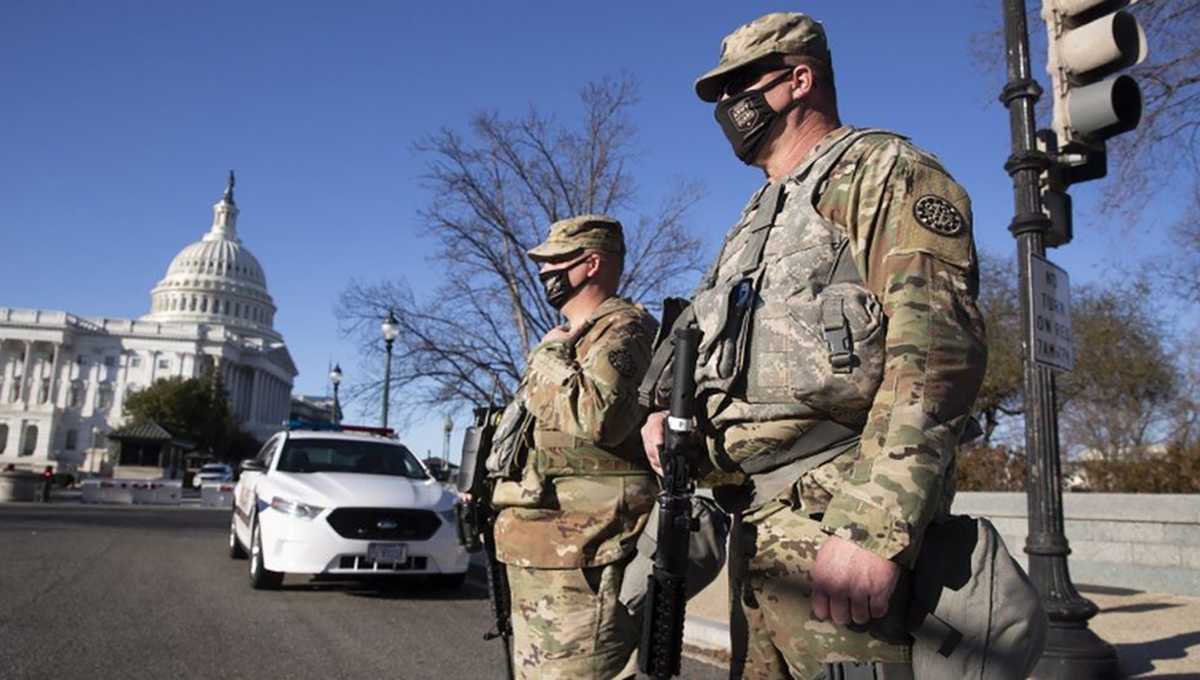 BBC News – Security has been ramped up at the US Capitol in Washington in response to “a possible plot to breach” the building.

The move was prompted by intelligence that a militia group planned the attack for 4 March – the day conspiracy theorist group QAnon believes Donald Trump will return for a second term.

The House of Representatives cancelled Thursday’s session, but the Senate will continue with its agenda.

A mob loyal to Mr. Trump stormed the Congress building in January.

The riot saw five people killed, including a police officer, and shook the foundations of American democracy. The head of the Capitol police force later resigned.

“As of late February, an unidentified group of militia violent extremists discussed plans to take control of the US Capitol and remove Democratic lawmakers on or about 4 March and discussed aspirational plans to persuade thousands to travel to Washington DC to participate,” a new intelligence bulletin issued by the FBI and Department of Homeland Security says.

Following that assessment, the US Capitol Police referred in a statement to “a possible plot to breach the Capitol by an identified militia group on Thursday, March 4”.

“We have already made significant security upgrades to include establishing a physical structure and increasing manpower to ensure the protection of Congress, the public and our police officers.

“Due to the sensitive nature of this information, we cannot provide additional details at this time.”

Supporters of an extremist conspiracy theory known as QAnon falsely believe Thursday will mark Mr. Trump’s return to the White House for a second term.

They have latched on to this date because, before the 20th amendment of the US Constitution (adopted in 1933) moved the swearing-in dates of the president and Congress to January, American leaders took office on 4 March.

What is QAnon and where did it come from?

QAnon is a wide-ranging and completely unfounded theory which says that President Trump is waging a secret war against elite Satan-worshipping paedophiles in government, business and the media.

Security services were aware of online QAnon discussions surrounding 4 March, but did not “have any indication of violence or a specific, credible plot at this time”, an FBI official had told The Washington Post last week.