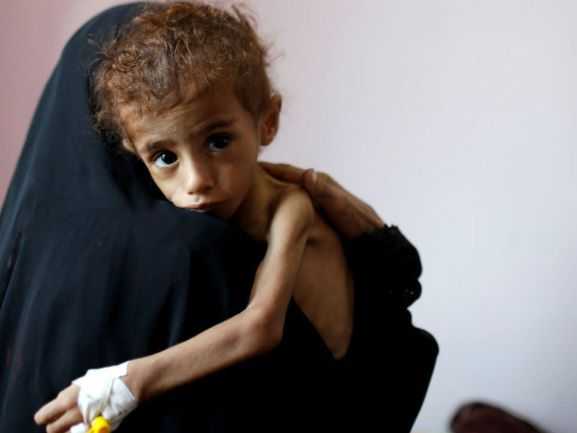 (AlJazeera) – The window to prevent a famine in war-torn Yemen is narrowing, with a new study showing that millions of people in the country will face some form of food crisis next year, according to United Nations agencies.

More than half of Yemen’s population of 30 million risks slipping into “worsening levels of hunger” by mid-2021, according to a joint statement published on Thursday by the World Food Programme, UNICEF and the Food and Agriculture Organization (FAO).

“These alarming numbers must be a wake-up call to the world. Yemen is on the brink of famine and we must not turn our backs on the millions of families who are now in desperate need,” said David Beasley, WFP’s executive director.

The conflict in the Arab world’s most impoverished nation began when Iran-backed Houthi fighters captured the capital of Sanaa in 2014, forcing the internationally-recognised government to flee.

The following year, a Saudi-led coalition supporting the government intervened to battle the Houthis and curb Iran’s influence in what has turned into a stalemated regional proxy war.

Since then, more than 100,000 people – fighters and civilians – have been killed.

The number of Yemenis poised to face an “emergency phase” of food insecurity – a prelude to famine – is expected to increase from 3.6 million to five million in the first half of 2021, said the UN statement.

The emergency phase means people are suffering “enormously”, with some of the most vulnerable dying of hunger, according to the statement.

The three UN agencies also warned that the number of Yemenis currently suffering famine-like conditions could triple from 16,500 to 47,000 between January and June 2021.