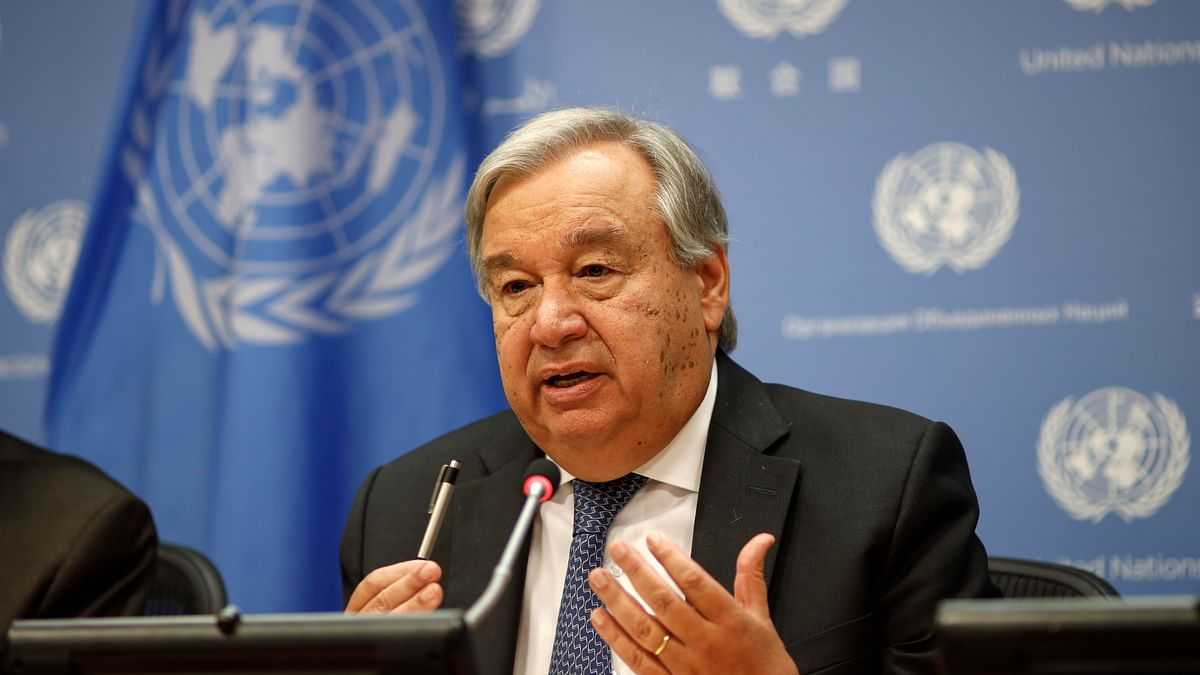 UNITED NATIONS (AP) — Secretary-General Antonio Guterres made an urgent appeal Thursday for $5.5 billion to prevent a “catastrophe” for 34 million people in over three dozen countries who are just one step away from famine driven by conflict.

The U.N. chief told a high-level U.N. Security Council meeting on conflict-driven hunger organized by the United States that more than 88 million people were suffering from “acute hunger” at the end of 2020 due to conflict and instability — a 20 percent increase in one year — and “projections for 2021 point to a continuation of this frightening trend.”

“We face multiple conflict-driven famines around the world,” Guterres said. “Climate shocks and the COVID-19 pandemic are adding fuel to the flames.”

He warned that “without immediate action, millions of people will reach the brink of extreme hunger and death,” with projections showing that hunger crises are “escalating and spreading across the Sahel and the Horn of Africa, and accelerating in South Sudan, Yemen and Afghanistan.”

In some countries, the secretary-general said, “famine is already here” and “people are dying from hunger, and suffering critical rates of malnutrition.”

“Parts of Yemen, South Sudan and Burkina Faso are in the grip of famine or conditions akin to famine,” he said. “More than 150,000 people are at risk of starving.”

Five years of conflict in Yemen have displaced 4 million people and left many “facing a death sentence as widespread hunger stalks their nation,” Guterres said. “Around half of all children under five — 2.3 million — are projected to face acute malnutrition in 2021. Some 16 million people face food insecurity.”

Ten years after South Sudan declared independence, he said 60% of the population is increasingly hungry, with chronic sporadic violence, extreme weather and the economic impact of COVID-19 pushing more than 7 million people into acute food insecurity. Food prices are so high, he said, that “just one plate of rice and beans costs more than 180% of the average daily salary — the equivalent of about $400 here in New York.”

The U.N. chief said he had one simple message: “if you don’t feed people, you feed conflict.”

“We need to tackle both hunger and conflict if we are to solve either,” Guterres said.

He called on donors for $5.5 billion for “the more than 34 million people who already face emergency levels of acute food insecurity.”

The secretary-general urged Security Council members to use their “privileged position to do everything in your power to end violence, negotiate peace, and alleviate the hunger and suffering that afflict so many millions of people around the world.”