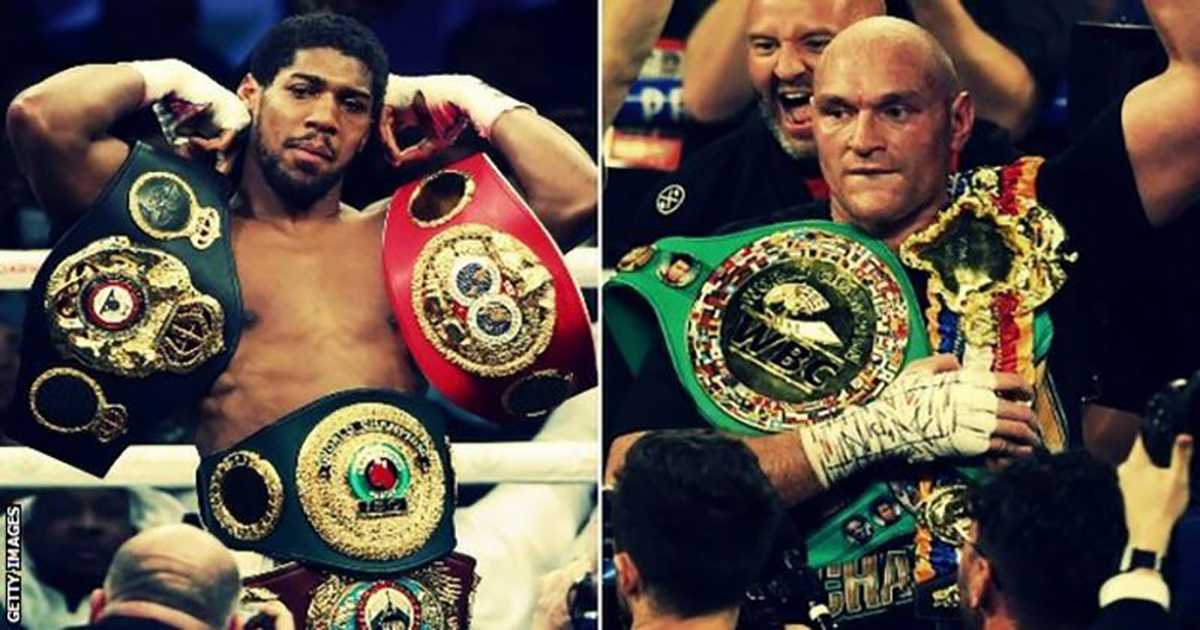 BBC Sport: Tyson Fury believes a much-anticipated heavyweight bout with Anthony Joshua will “100% happen” and that a date and venue will be known in the coming days.

Representatives of the two British heavyweights are examining offers made by venues to stage the fight.

An offer from Saudi Arabia is in place and Fury says other bids are also under consideration.

But the WBC world heavyweight champion warned: “If I don’t know anything by Tuesday, I am just going to move on.”

Speaking to Behind The Gloves, the 32-year-old added: “I’ve always been quite sceptical on it all.

“I’ve been told there are a few major offers on the table from a few major players, so I am very interested and excited to finally hear what they are – to see if they are feasible and that we can make it happen.

“I think it will 100% happen. A million per cent happen. And I think we will know in the next couple of days, where and when.”

‘We have it all to lose’

Fury will risk his WBC belt, while Joshua’s IBF, WBO and WBA titles are set to be on the line in the first contest for all four major belts at heavyweight.

The last undisputed heavyweight champion was Britain’s Lennox Lewis from 1999 to 2000. That, though, was before a boxer had to also hold the WBO belt to be recognised as undisputed champion.

In March, Joshua’s promoter Eddie Hearn said a two-fight deal with Fury had been signed, with locations and dates to be confirmed.

With some of the details still to be ironed out, Fury recently posted a countdown on his social media channels and warned he would move on from the fight if those involved could not quickly agree a way to deliver it.

But it now appears a deal for an all-British world title fight is closer than ever, with Joshua posting there is “positive news” about the event on his social media channels.

“This isn’t like when Lennox Lewis fought Mike Tyson and they were past their best,” added Fury. “We are both in the prime of our lives. Me, personally, I think it’s a short fight. I’m eager, excited and like a kid before Christmas. I want this fight to be announced. I am in the physical fighting fitness of my life. Where I am at now as a man, you don’t get any better. After you get to thirty-four for a prime athlete you might go downhill. Now is the time to make this happen. We are both as physically strong as we are ever going to be, we are both mature, at the height of our success and both have it all to lose.”