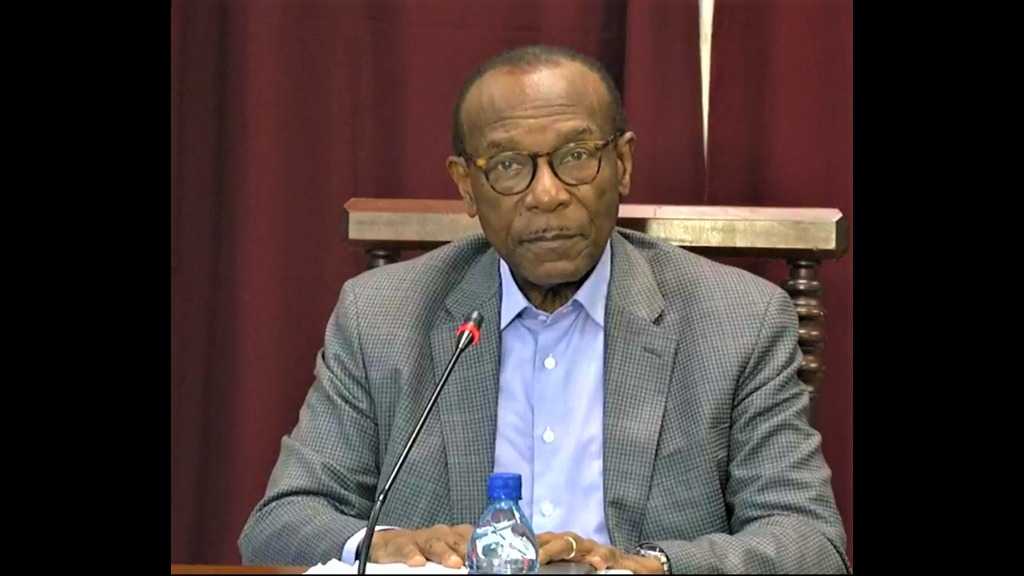 The government has set a two-month target to have the entire population of Antigua and Barbuda inoculated against the COVID-19 virus.

That is according to Health Minister, Sir Molwyn Joseph during brief remarks on Thursday at the public vaccination of all members of the Cabinet as well as both the Speaker of the House of Representative and his deputy.

Sir Molwyn noted that the country has had some successes in slowing down the spread of the virus in the past but recent upsurge in the number of confirmed cases of infection gives rise for the need for additional weapons in the fight against COVID-19.

“Today (Thursday 18th February), the Cabinet members will arm themselves with that defence of inoculation. All Cabinet members are being inoculated today. I have been informed by the prime minister that no Cabinet member will be allowed to attend future meetings unless he/she is vaccinated,” the health minister reported.

Sir Molwyn used the opportunity to speak of the efficacy of the Oxford-AstraZeneca vaccine which is the brand being used to inoculate the Antigua and Barbuda population. This has become an issue for some in the country.

“The fact of the matter is, that the World Health Organization (WHO) has authorized the use of this vaccine; the Pan American Health Organization (PAHO) too has authorized this vaccine as well as the United Kingdom regulatory authority. Over fourteen million people in the UK have received this vaccine without major incident. I want to say to the people of Antigua and Barbuda, the Cabinet is demonstrating that it has the confidence that this vaccine is the best option for the people of Antigua and Barbuda today,” Sir Molwyn remarked.

According to the health minister, the critical feature of the vaccine is that it will prevent hospitalization and death which he described as the “two most challenging” COVID-related issues in the country. “Our COVID numbers are going up and we must have an intervention in order to slow down and eventually, to eradicate those numbers. The ministry of health is interested in achieving full inoculation within the next sixty days. If it can be done faster, it will be done!” he declared.

Beyond the members of Cabinet, Sir Molwyn appealed directly to all parliamentary representatives to go into their respective constituencies to encourage constituents to participate in the vaccination programme. “It takes more than what we are doing now; the wearing of masks, social distancing, washing of hands, building the immune system, practising good hygiene must continue. This must not stop! The combination of all this is what I believe will lead the country to a point where Antigua and Barbuda can open as a marketplace where people can feel safe to visit,” he added.

Sir Molwyn noted that while the borders are open, the country wants to be able to welcome back visitors in large numbers once again.

The minister explained that the decision to opt for the Oxford-AstraZeneca vaccine comes not just from the WHO/PAHO recommendations, but from a team of local experts who reviewed the data and gave the vaccine the “thumbs up.”