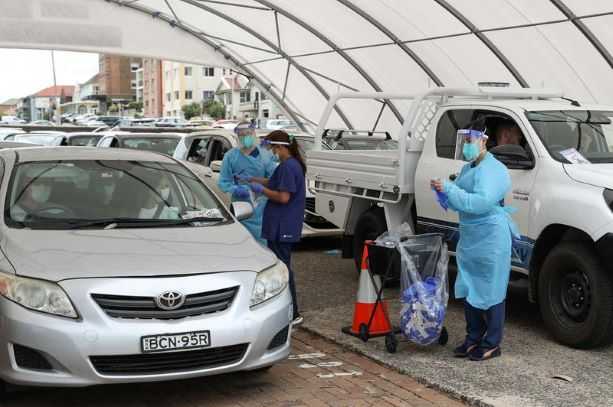 About two million Australians began their first full day of a strict coronavirus lockdown on Monday following the discovery of one case in the community in Perth, capital of Western Australia state, but no new cases have since been found.

Authorities ordered a five-day lockdown of Perth after a security guard at a hotel used to quarantine people returning from overseas was found to have contracted the virus.

The state government said sixty-six people have been deemed close contacts of the unidentified guard and none of those already tested were infected.

“In total thirteen close contacts have now tested negative and of those eleven high-risk contacts have been moved into hotel quarantine as an extra precaution,” Western Australia state Premier Mark McGowan told reporters in Perth.

Tests on the rest of the close contacts were expected to be completed on Monday, McGowan said.

Australia has managed to largely contain its novel coronavirus epidemic – limiting cases to nearly 29,000 and deaths to nine hundred and nine – with the sort of decisive action seen in Perth, and tight border controls.

A vaccine campaign is due to begin this month, which Prime Minister Scott Morrison said would cost at least A$6.3 billion ($4.8 billion).

Australia had already pledged to spend A$4.4 billion to acquire enough doses for its 26 million population, but Morrison said his government had set aside a further A$1.9 billion to pay for the roll-out.

“The strategy is backed by an initial allocation of around A$1.9 billion in new support for the vaccine roll-out. This is on top of more than $4.4 billion allocated for vaccines purchases,” Morrison said in a speech in Canberra.

Classifying the inoculation programme as his “first priority”, Morrison said the economy must now begin to wean itself off government spending.

Australia has pledged more than A$250 billion in stimulus, which has already begun to taper.

But Morrison said there was a limit to the support government could afford.

“We are not running a blank cheque budget,” Morrison said.