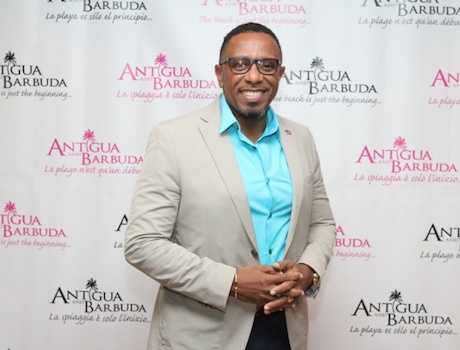 Antigua and Barbuda’s best days are still ahead where the tourism industry is concerned, despite the prolonged battering that the sector is taking from the COVID-19 pandemic.

So says the CEO of the Antigua and Barbuda Tourism Authority (ABTA), Colin James, while speaking Tuesday morning on the PointeFM programme Starting Pointe with Shelton Daniel.

He expressed conviction that the situation would turn around for the benefit of all, borrowing the well-known “better days are coming.”

The pandemic has brought global tourism to its knees due to travel restrictions and border closures in several countries, forcing hotels, guest houses and other hospitality establishments to close and cruise ships to indefinitely suspend operations.

Restaurants and bars worldwide have either been shut down as part of lockdowns to prevent clustering of people that could facilitate transmission, or made to operate under stringent conditions such as prohibition of all dining-in, with food served on a takeaway-only basis, for example.

Monday of this week, 1st February 2020, marked twelve years since James has been CEO of ABTA, and he agrees that the pandemic has ravaged the industry in Antigua and Barbuda, and all other countries that are heavily dependent on tourism within the Caribbean and elsewhere.

But he believes one of this country’s and the region’s greatest strength is in their resilience, noting that they had bounced back from the global economic crisis that arose in 2008 and whose effects continued to be felt for several more years.

“I have no doubt about this and no hesitancy in my spirit that we will bounce back from this one as well. We’ve endured catastrophic climatic events and Hurricane Irma is an example. We’ve gone through difficult challenges that have affected our tourism like the sargassum crisis. You name it. We’ve had heavy exogenous shocks before but we’ve always come back because we’re a resilient people. We’ve been surviving for hundreds of years and will continue to do so because of the drive and passion of our people to … weather these storms and to come back.”

James does not agree that the region may have staked too much on tourism, given its vulnerability to international crises.

“When you look at this pandemic, the vulnerability goes across the board, whether you’re selling cars or manufacturing cars. I think the only industries that are booming nowadays are those making sanitizers, Clorox and that sort of thing … If anyone had told us last year around this time that the whole global economy would come to a halt and we would have had over a million people dead from a virus, we would have thought that’s something from a science fiction novel or movie. But I think as we go forward we will build the resilience that we need, and we have been remarkable in doing that. When you look at the protocols that are involved as the new normal in sanitizing hotels and making sure people are safe; not only the people who come here – but mainly the people who live and work here – I think we have done a remarkable job.”

James said the pandemic has revolutionized the way people work, citing the Digital Nomad Residency Programme, which Antigua and Barbuda has domestically rebranded as ‘Business on the Beach.’

“Based on some of the preliminary data that I am seeing for the pent-up demand of people just to get up and travel after all this lockdown would have finished, then we would be well positioned to take advantage of those new opportunities.”