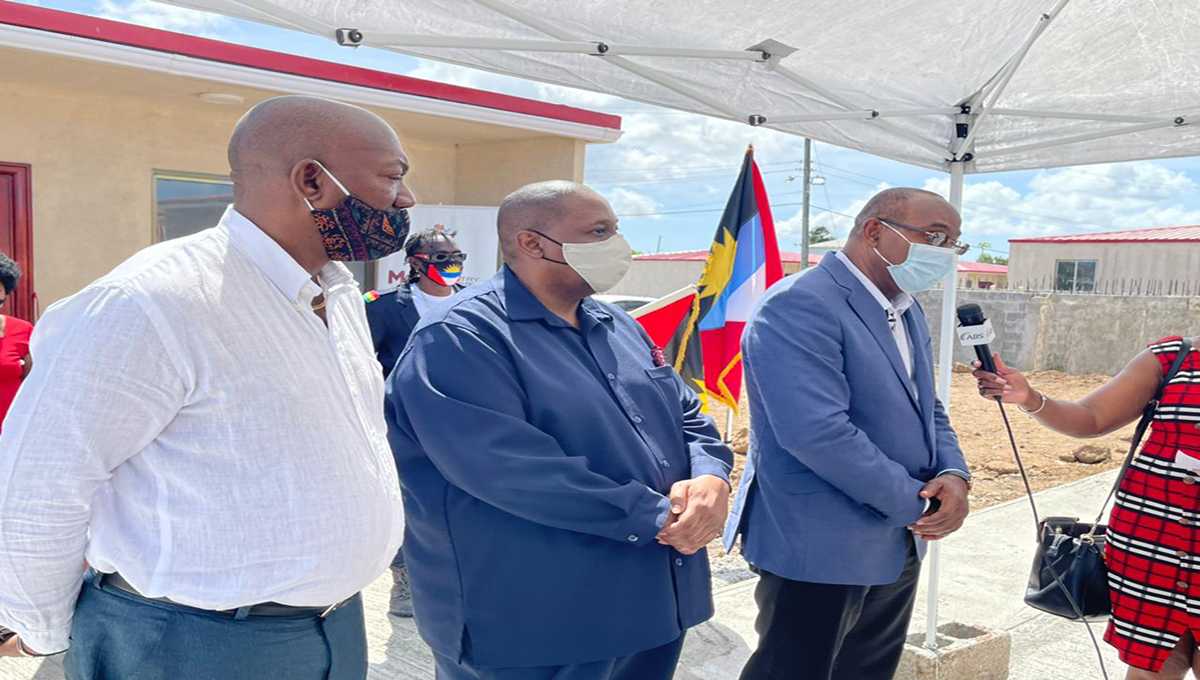 These ten families will enjoy brand new properties constructed by the Government of Antigua and Barbuda through the Ministry of Works.

The homes are all said to be approximately twelve hundred square feet in size, equipped with a laundry room, bathroom, kitchen, and living room with a combination of reinforced concrete, cement base foam panels, metal trusses with angle iron, foam galvanize metal doors and windows. All homes are said to have electricity, water, and internet infrastructures in place. 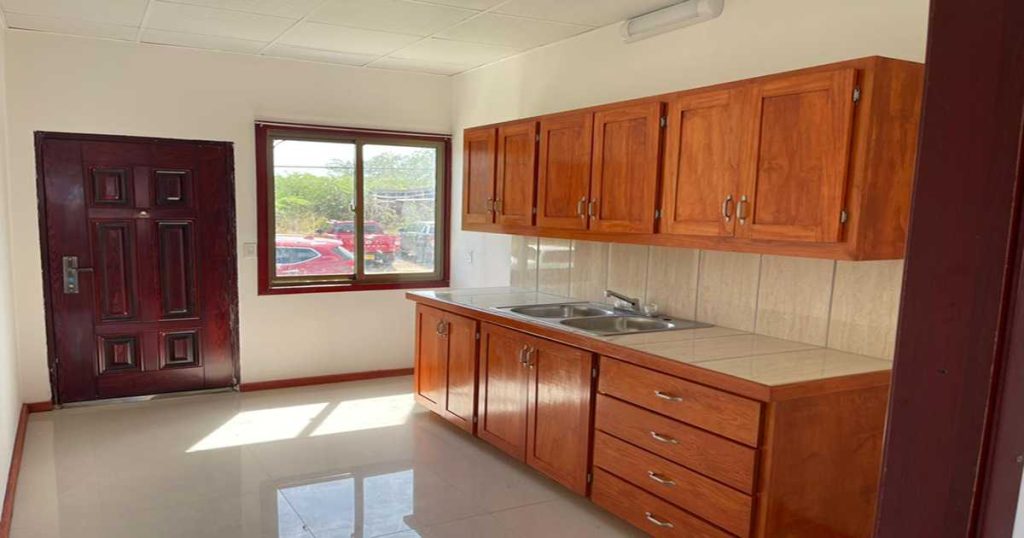 Inside view of Temporary homes in Villa

With the ten families receiving their keys during a handing-over ceremony this morning, a total of twenty-two families would now be relocated to temporary homes until the completion of the Booby Alley redevelopment project.

According to a member of the redevelopment committee, other families and residents have also been relocated to rented properties in and around the area.

The temporary housing has been described as a monumental shift in housing opportunities for the residents.

According to Prime Minister Gaston Browne, “The whole idea is to relocate individuals temporarily and within two years, to have the reconstruction of the entire area (Booby Alley) to build modern homes.”

Prime Minister Browne, who is also the Parliamentary Representative for the area, noted that this project, along with the recently completed Polyclinic and Community Centre, the continued development of the Villa Primary School, and the housing development at Paradise Cove are all a part of an overall vision for the holistic improvement of the lives and livelihood of those within the constituency.

During the first handing over ceremony in March 2021, Booby Alley resident, Ms. Makela Daniel, who also received keys to her temporary home at Bay Street Villa expressed profound thanks for the initiative, as it presented an opportunity for her and her fellow residents to have a better standard of living. Ms. Daniel said, “The Booby Alley Project has been long-awaited, but patience is a virtue. We are seeing a result of a dream that has become a reality. To the Prime Minister and the Government, the organising committee, the residents of the Booby Alley say a heartfelt thank you for your hard work and dedication for seeing this project through to the end. To the Prime Minister and his government, an extra special thank you for having the vision for us, the residents, the opportunity of a better way of living, better living conditions, and a different environment for us to raise our children and our children’s children.”

With the continued relocation of families from the Booby Alley area in Point, demolition has commenced. Several structures have been destroyed and cleared, preparing the area for surveying.