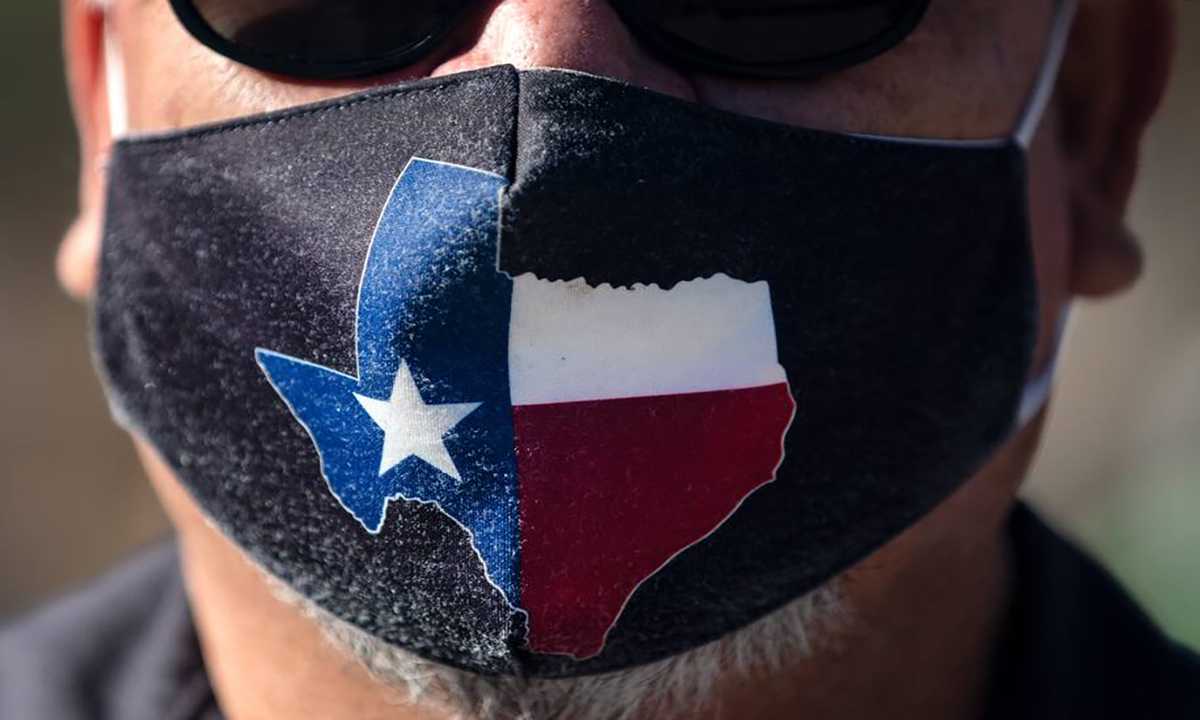 After Texas Gov. Greg Abbott (R) announced he would end the state’s mask mandate, saying that “Texas is open 100%,” some major chains and retailers are saying: Not so fast.

Target, Starbucks, CVS and Kroger are among the retailers — some of the largest in the nation — that will continue to require that customers in Texas wear masks inside stores. Others, such as Albertsons, will drop the requirement but continue to encourage people to wear facial coverings.

White House press secretary Jen Psaki defended Biden’s comparison of governors who have lifted all mask mandates to “Neanderthals,” saying the president was speaking out of “frustration and exasperation.”

“He believes that with more than half a million American lives lost, with families that continue to suffer, that it’s imperative that people listen across the country, whether they live in a red state or blue state, to the guidance of public health experts,” she said during the daily news briefing.

Psaki said Biden has not reached out to GOP governors Greg Abbott (Texas) or Tate Reeves (Mississippi) to try to convince them to back mask-wearing for a few more months while vaccine supply is ramped up.

“I don’t think his view on mask-wearing is a secret. They’re certainly familiar with it. He’s talked about it many, many times,” Psaki said. “And I’m certain when he speaks with them next, he will convey that directly.”

Meanwhile, breaking with other Southern GOP governors, Alabama governor Kay Ivey on Thursday extended her state’s mask order for another month, but said the requirement will end for good in April.

Following the recommendations of medical officials, Ivey said she will keep the mask order that was set to expire Friday in place until April 9.

“We need to get past Easter and hopefully allow more Alabamians to get their first shot before we take a step some other states have taken to remove the mask order altogether and lift other restrictions. Folks, we are not there yet, but goodness knows we’re getting closer,” Ivey said at a news conference.

The governor said masks have been “one of our greatest tools” in preventing the virus’s spread, but emphasized that she will not extend the mask order further, saying it will become a matter of personal responsibility when the mandate ends.

“Even when we lift the mask order, I will continue to wear my mask while I’m around others and strongly urge my fellow citizens to use common sense and do the same,” Ivey said.

So far only about 13% of Alabama’s 4.9 million people have received one dose of vaccine, according to state numbers.