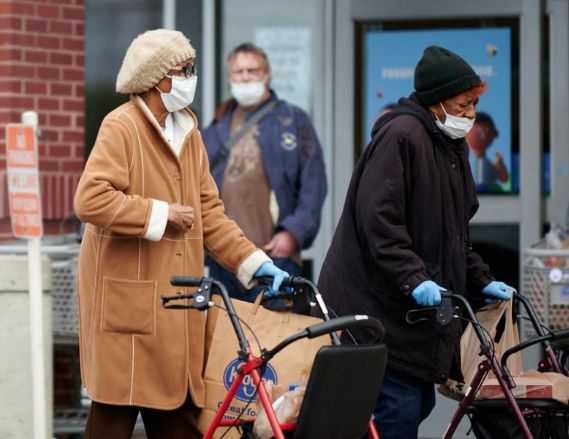 (Associated Press) – With more shutdowns looming and a vaccine months away from wide distribution, governors across the U.S. are pleading for more help from Washington ahead of what is shaping up to be a bleak winter.

Renewed restrictions on indoor businesses, the coming end of unemployment benefits for millions of Americans and overloaded hospitals have led governors to paint a dire picture of the months ahead unless the federal government steps in with more money and leadership to help them shore up their damaged budgets and beat back the resurgence of the coronavirus.

Between now and June 2022, state and local governments could be facing a shortfall or $400 billion or more by some estimates.

Casey Katims, federal liaison for Washington Governor Jay Inslee, said there is a “dire and urgent need for congressional action to support workers and families.” He said the state is facing a significant budget shortfall because of the pandemic and can’t wait until President-elect Joe Biden is sworn in on January 20.

“We need help by the end of this year,” Katims said.

Illinois Governor J.B. Pritzker signed a budget over the summer with a $5 billion deficit, which he and lawmakers assumed would be covered by a second federal coronavirus relief package that has not materialised.

“Every state, every city is suffering from failure of revenues because of COVID-19,” said Pritzker, a Democrat. “The federal government is really the only resource that we all have to turn to.”

On Tuesday, Pritzker was scheduled to join other governors of Great Lakes states — Democrats and Republicans alike — in calling for help with testing, contact tracing and hospital staffing, in addition to more money for businesses, schools and the unemployed.

The cost of distributing tens of millions of doses of a vaccine in 2021 is also emerging as a major concern for governors. The Association of State and Territorial Health Officers and the Association of Immunization Managers have called on Congress to provide $8.4 billion for vaccine distribution.

A new infusion of federal money does not appear to be on the way anytime soon. A lame-duck session of Congress and a presidential administration on its way out have chilled the prospects for a deal.

Congressional Democrats and Republicans generally say a new stimulus bill is needed, but they disagree on the scope of it. Some Republicans are opposed to another round of checks directly to most taxpayers, and some don’t want Washington to “bail out” state and local governments that had financial struggles before the pandemic.

Pentagon to cut troop levels to 2,500 in Iraq, Afghanistan