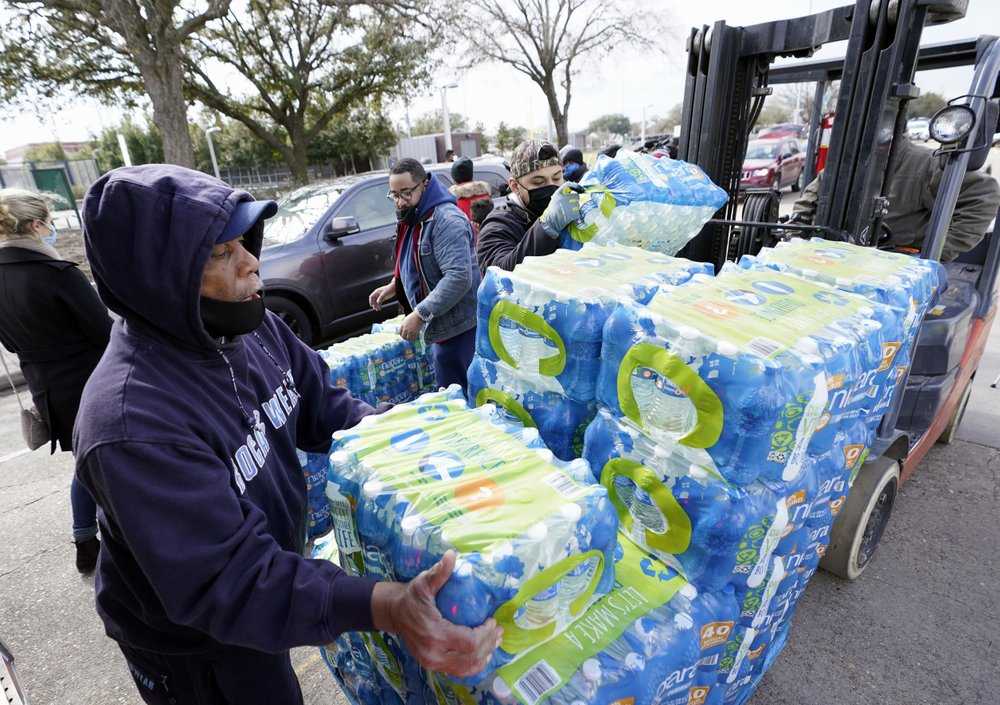 AUSTIN, Texas (AP): Power was restored to more homes and businesses in Texas on Thursday after a deadly blast of winter this week overwhelmed the electrical grid and left millions shivering in the cold. But the crisis was far from over, with many people still in need of safe drinking water.

The storms also left more than 320,000 homes and businesses without power in Louisiana, Mississippi and Alabama. About 70,000 power outages persisted after an ice storm in eastern Kentucky, while nearly 67,000 were without electricity in West Virginia.

The extreme weather was blamed for the deaths of over three dozen people, some while trying to keep warm. In the Houston area, one family died from carbon monoxide as their car idled in their garage. A woman and her three grandchildren were killed in a fire that authorities said might have been caused by a fireplace they were using.

In Texas on Thursday, just under 500,000 homes and businesses remained without power, down from about three million a day earlier. The state’s grid manager, the Electric Reliability Council of Texas, said the remaining outages are largely weather-related, rather than forced blackouts that began Monday to stabilize the power grid.

“We will keep working around the clock until every single customer has their power back on,” said ERCOT Senior Director of System Operations Dan Woodfin.

Woodfin warned that rotating outages could return if electricity demand rises as people get power and heating back, though they would not last as long as outages earlier this week.

Adding to the state’s misery, the weather jeopardized drinking water systems. Authorities ordered seven million people — a quarter of the population of the nation’s second-largest state — to boil tap water before drinking it, following record low temperatures that damaged infrastructure and pipes.

Water pressure fell after lines froze, and many people left faucets dripping to prevent pipes from icing over, said Toby Baker, executive director of the Texas Commission on Environmental Quality. Gov. Greg Abbott urged residents to shut off water to their homes, if possible, to prevent more busted pipes and preserve pressure in municipal systems.