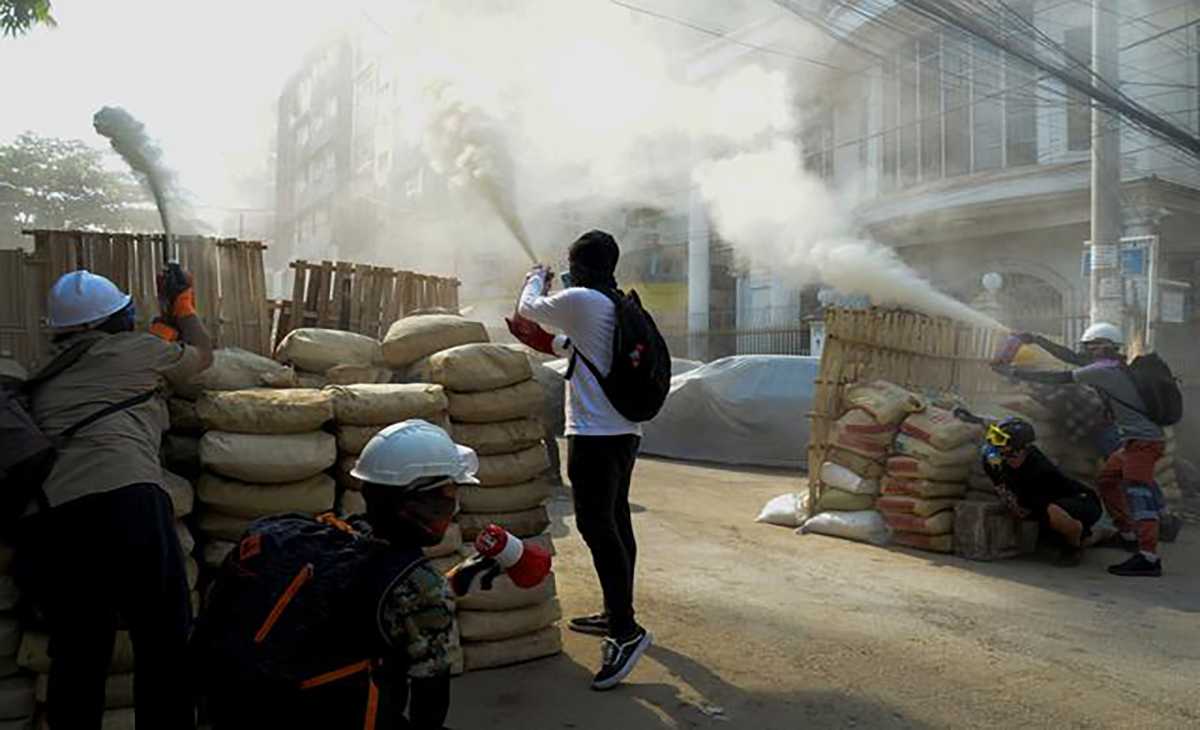 (Reuters) – An official from deposed Myanmar leader Aung San Suu Kyi’s National League for Democracy (NLD) died in custody after he was arrested early on Tuesday, the second party figure to die in detention in two days, as security forces broke up street protests against the military junta.

Myanmar has been in crisis since the army ousted Suu Kyi’s elected government in a coup on Feb. 1, detained her and other NLD officials, and set up a ruling junta of generals.

The NLD’s Zaw Myat Linn died in custody on Tuesday after he was arrested in the country’s main city of Yangon around 1:30 a.m., said Ba Myo Thein, a member of the dissolved upper house of parliament.

“He’s been participating continuously in the protests,” Ba Myo Thein said. The cause of death was not clear.

In a Facebook live broadcast before he was detained, Zaw Myat Linn urged people to continue fighting the army, “even if it costs our lives.”

“Their power must never last,” he said.

Neither the military nor the police responded to calls for comment.

Zaw Myat Linn is the second NLD official to have died in custody in the last two days. Khin Maung Latt, who had worked as a campaign manager for an NLD MP elected in 2020, died after he was arrested on Saturday night.

More than 1,900 people have been arrested across the country since the coup, the Assistance Association for Political Prisoners said.

Police broke up scattered demonstrations in Yangon – the former capital and still the commercial hub – and other towns across Myanmar with tear gas and stun grenades on Tuesday.

As night fell, soldiers fired weapons in different districts of the coastal town of Dawei, while at least two people were wounded earlier in the day, one by a gunshot, in the town of Mohnyin in the north, local media said.

Witnesses said two journalists from Kamayut, an independent media company, were arrested, while the military raided the offices of Mizzima News in Yangon.

Live footage posted to social media also showed a raid after nightfall on the offices of the Democratic Voice of Burma (DVB).

A day earlier, the junta stripped Mizzima, DVB, and three other outlets of their licences. They had all been active in covering protests against the coup.

At least 35 journalists have been arrested since the Feb. 1 coup, Myanmar Now reported, of which 19 have been released.

The U.S State Department said it “strongly condemned the junta for the… violent crackdowns on those peacefully taking to the streets and on those who are just doing their jobs, including independent journalists who have been swept up.”