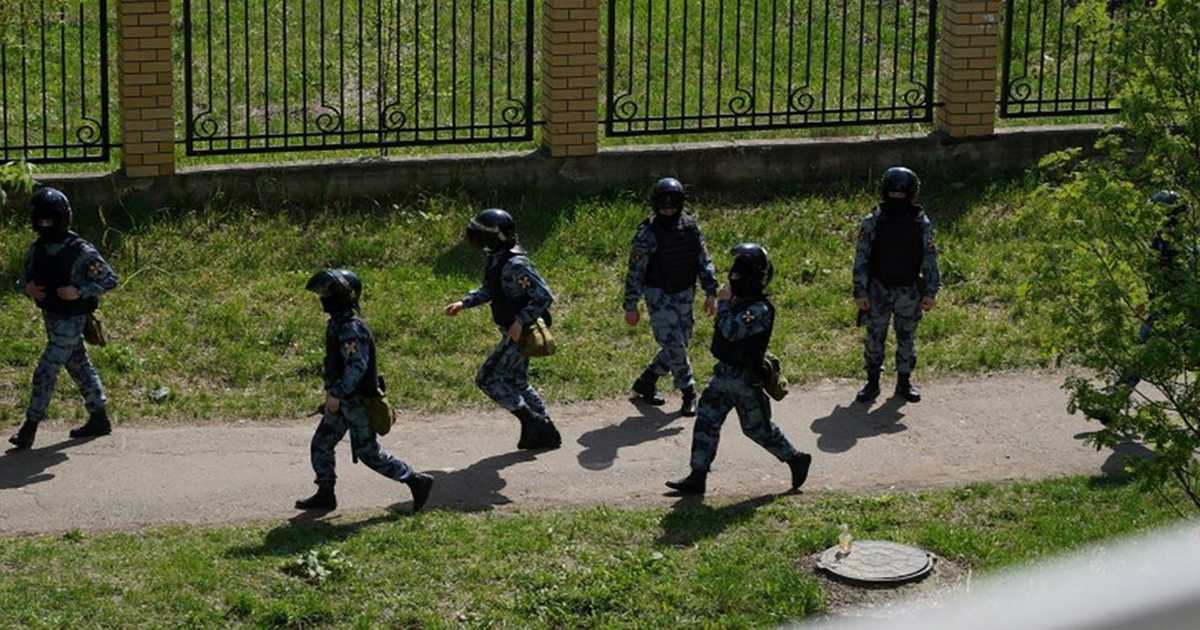 Seven children and two adults have been killed in a shooting at a school in the Russian city of Kazan, officials say.

Twenty-one other people, mostly children, were injured. A 19-year-old suspect was detained.

The attack happened in the capital of the republic of Tatarstan, 820km (510 miles) east of Moscow.

“We are deeply saddened that this has happened,” he said.

School shootings are relatively rare in Russia. One of the last major incidents happened in Russian-annexed Crimea in 2018. 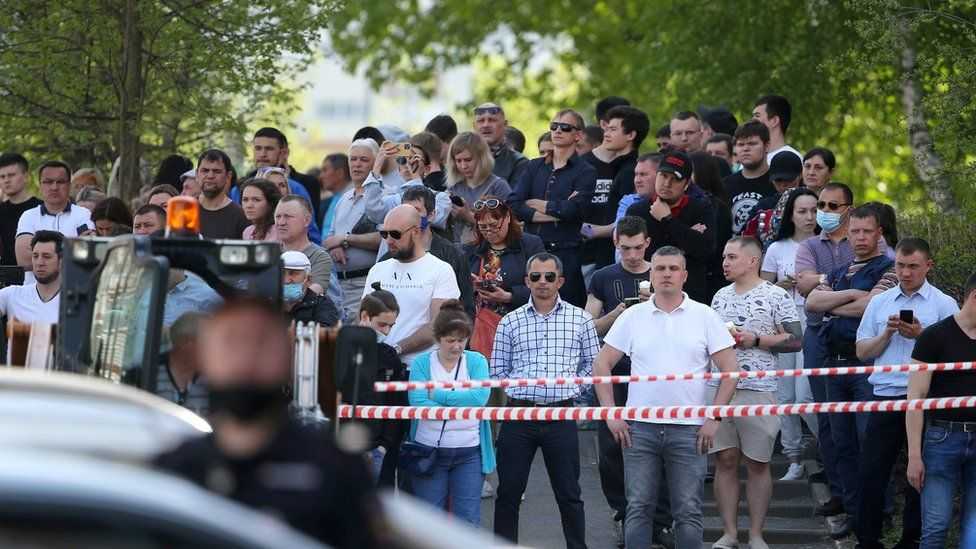 How did the attack unfold?

Minnikhanov confirmed the deaths of seven children – four boys and three girls – as well as a female teacher and a female school worker at School No 175. It is believed the children were eighth graders (aged around 15). Eighteen children and three adults were being treated in hospitals for gunshot wounds, fractures and bruising, Minnikhanov added.

The attack began at about 09:20 local time (06:20 GMT), a source in the emergency services told Russian news agency Tass. The first signal from a panic button at the school was sent five minutes later.

“Everyone started panicking and saying ‘shut the doors’,” a student who witnessed the attack told the Mediazona news website. “About a minute later the head teacher started yelling: ‘We’re shutting the doors!’

“We got out about 15 minutes later, not out of the windows. I wanted to do that but the teacher closed the window immediately and said no.”

Footage shared on social media shows some children jumping from windows to escape as well as injured people being evacuated. Russian TV reported that two of the children had died after jumping from a second-floor window.

England players unlikely to be involved in rescheduled IPL 2021