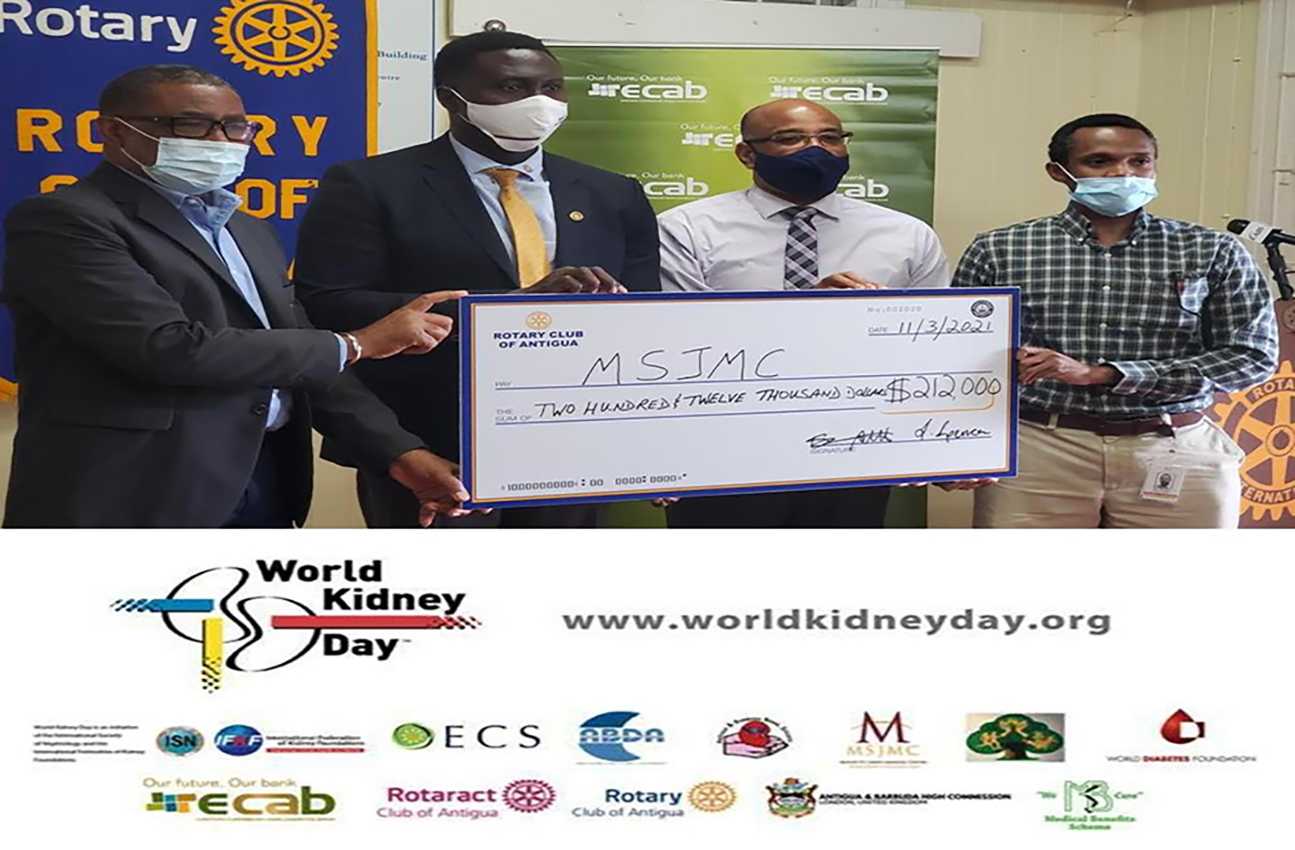 The Antigua Rotary Club (RCA) has come forward with a donation to the Dialysis Unit at the Mount St John’s Medical Centre (MSJMC). The presentation ceremony took place at Rotary House in the presence of Rotarians, representatives from the MSJMC, the Antigua and Barbuda Renal Society, Eastern Caribbean Amalgamated Bank (ECAB), along with Permanent Secretary within the Ministry Foreign Affairs and Immigration, Ambassador Anthony Liverpool and other social and corporate partners. Their gift toward the hospital’s Dialysis Unit will help to fund a Chronic Kidney Disease (CKD) project.

“We are incredibly grateful for the Rotary Club of Antigua and Renal Society’s (along with all the other partners) willingness to step up during this critical time. I won’t mince words, this donation will save lives,” said Dr. Ian Thomas MD, MSJMC Nephrologist.

During the presentation ceremony, Permanent Secretary within the Ministry Foreign Affairs and Immigration Ambassador Anthony Liverpool brought greetings on behalf of the High Commissioner to London, Ambassador Karen-Mae Hill.

“We really want to recognize the work of the Renal Society over the years in bringing awareness to Chronic Kidney Disease. The High Commission of London is pleased to be associated with the purchase of equipment to support the dialysis needs of Antigua and Barbuda,” Ambassador Liverpool expressed.

Michael Spencer, General Manager of ECAB, another corporate partner in the project, urged persons to take responsibility for their health, bearing in mind the strain that the country’s health system is currently experiencing, especially with Chronic Kidney Disease.