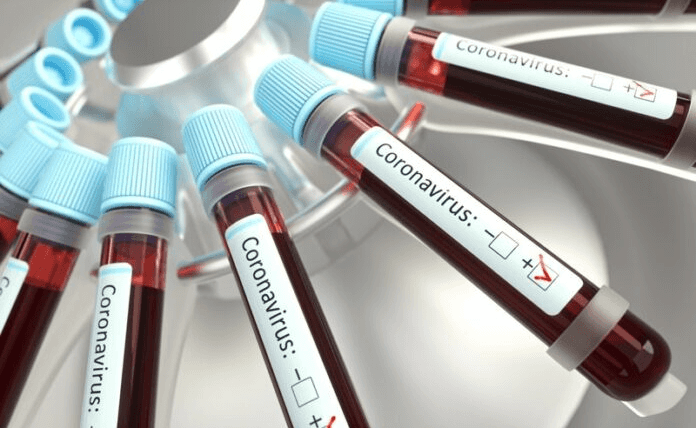 Positive COVID-19 cases increase by one

The Ministry of Health, through the Mount St. John Medical Center (MSJMC) and the Caribbean Public Health Agency (CARPHA), has revealed one new laboratory confirmed COVID-19 case in Antigua and Barbuda as of Monday 5th October 2020 at 6:00 pm.
In a statement, the ministry disclosed that subsequent to the publication of the dashboard on Monday 5th October 2020 with the cut off time of 6:00 pm, twenty-one samples were processed at the Mount St. John’s Medical Center’s Laboratory which increased the
pending results from sixty-five to eighty-six. 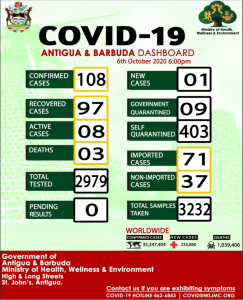 All twenty-one samples processed by MSJMC yielded negative results which are reflected in the total samples taken and total tested columns of the dashboard. Of the sixty-five samples sent to CARPHA, one returned positive while sixty-four were negative. Meanwhile, one recovered case has been recorded bringing that total to ninety-seven. Consequently, the total number of persons with laboratory confirmed COVID-19 cases in Antigua and Barbuda is one hundred and eight (108) with eight (8) active cases. The dashboard has been updated to reflect these changes.