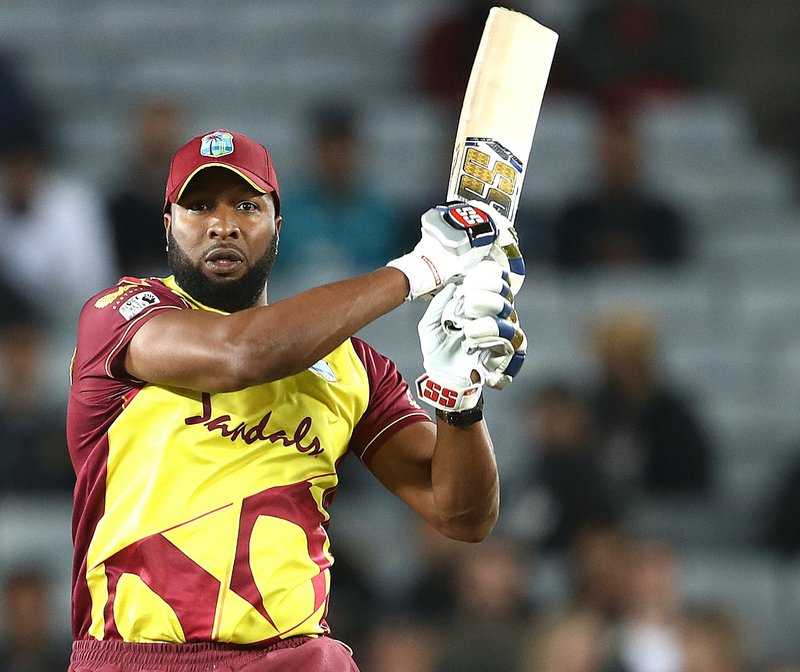 By Pointe Xpress On Nov 27, 2020
Share
Captain Kieron Pollard played a magnificent innings of 75 not out off just 37 balls but West Indies fell to New Zealand by five wickets in the final over in the first T20 International on Friday. It was a career-best knock for the powerful right-hander who guided the innings after the visitors slipped to 59-5 and he pulled the innings around with a stunning display. It was his fifth half-century, and the knock topped his previous best of 68 against India in Mumbai a year ago. He smashed eight sixes in an exciting inning at Eden Park in Auckland.
Scores: West Indies 180/7 (16overs) Kieron Pollard 75 not-out, Andre Fletcher 34, Fabian Allen 30; Lockie Fergusson 5-21, Tim Southee 2-22) vs New Zealand 176/5 (15.2overs) Jimmy Neesham 48 not out, Devon Conway 41, Mitchell Santner 31 not out, Glen Phillips 22, Oshane Thomas 2-23). New Zealand won by 5 wickets on DLS method.
Share FacebookTwitterGoogle+ReddItWhatsAppPinterestEmail