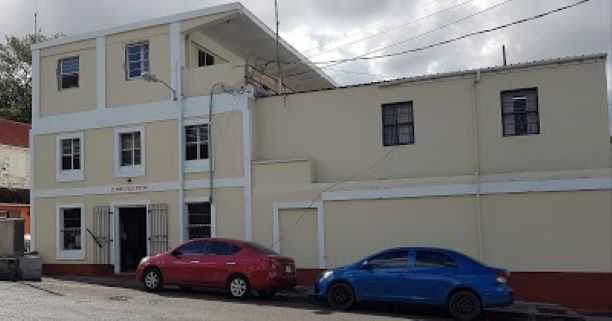 Law enforcement officials say that a video showing filthy bathroom conditions at the St. John’s Police Station is not based on recent footage.

On the weekend, the police hierarchy confirmed that the video being circulated was previously released three years ago.

The police added that the condition of the restrooms at the St. John’s Police Station has vastly improved.

Acting Assistant Commissioner of Police Lisbon Michael said after he became aware of the video he investigated the matter and discovered that the footage had been released not long after the 2018 general elections.

Michael said the Royal Police Force of Antigua and Barbuda is acutely aware of the human rights implications of situations like this and has sought to ensure that people detained at the station are treated with dignity.

He explained that the holding cells at the St. John’s Police Station are thoroughly cleaned and sanitized each morning. On Wednesdays and on weekends they receive additional cleaning from the National Solid Waste Management Authority (NSWMA).

“When I heard about the circulation of this video – and I have seen it – I immediately called for an investigation into this matter and basically this is what we came up with,” Michael said in an ABS Television interview where the present bathroom conditions were displayed.

The Bar Council referred to the bathroom conditions as “absolutely disgusting and totally unacceptable.”

Alzarri continues to improve with the bat