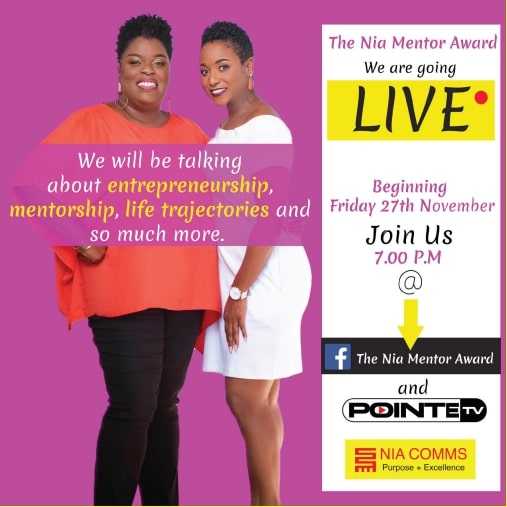 The eventual winner will have access to EC$7,000.00 and a wealth of knowledge from several accomplished business women.

As part of building awareness about the NIA Mentor Award, Andre and Kirwan will begin a series of conversations with entrepreneurs and business professionals which will be aired live on Pointville Communications Incorporated’s mediums.

Pointville Communications, which officially launches its television station on December 1, has made this avenue available to the NIA Mentor Award in support of the venture and as part of its commitment to facilitate opportunities for nation building.

The first in the series of programmes organised by Andre and Kirwan will air at 7:00pm on Friday 27th November and every Friday following until a winner is announced in early 2021.

The shows can also be viewed on the The Nia Mentor Facebook page and on Pointe TV, Channel 9 on CTV.

Plantations of Antigua series is completed