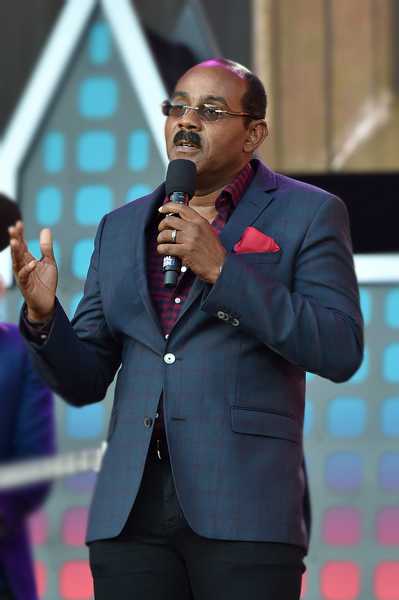 PM: No delays in June salaries

All public sector workers will receive their salaries and wages for the month of June on time!

That’s the assurance coming from Prime Minister, Gaston Browne, who said the government has put systems in place to ensure that the salaries are paid on time despite the fact that government’s revenues have declined because of the COVID-19 pandemic.

“Where the central government is concerned, government’s revenues remain in a precarious position because of the shutdown although the situation has not worsened. Where there is a noticeable fall off is in the revenues for both Social Security, the Medical Benefits Scheme and Education Levy,” he reported.

In fact, the prime minister, who also holds the finance ministry portfolio, said he anticipates that the Social Security Scheme may be late in paying pensioners this month-end.

“However, where central government is concerned, I am confident that all occupational salaries and wages will be paid at the end of the month. That’s because we have made certain provisions to ensure that payments are made on time,” he declared.

PM Browne said he has a good team working along with him to ensure that the business of government proceeds smoothly.

“We are committed to do what is necessary to pay public servants on time as we recognize that the public servant may be the only bread winner in the home at this time. We therefore have to do what we can to pay them so that they can put food on the table,” he remarked.

According to Browne the government is going the extra mile to eliminate, as best as it can, the possibility of poverty running rampant in the country.