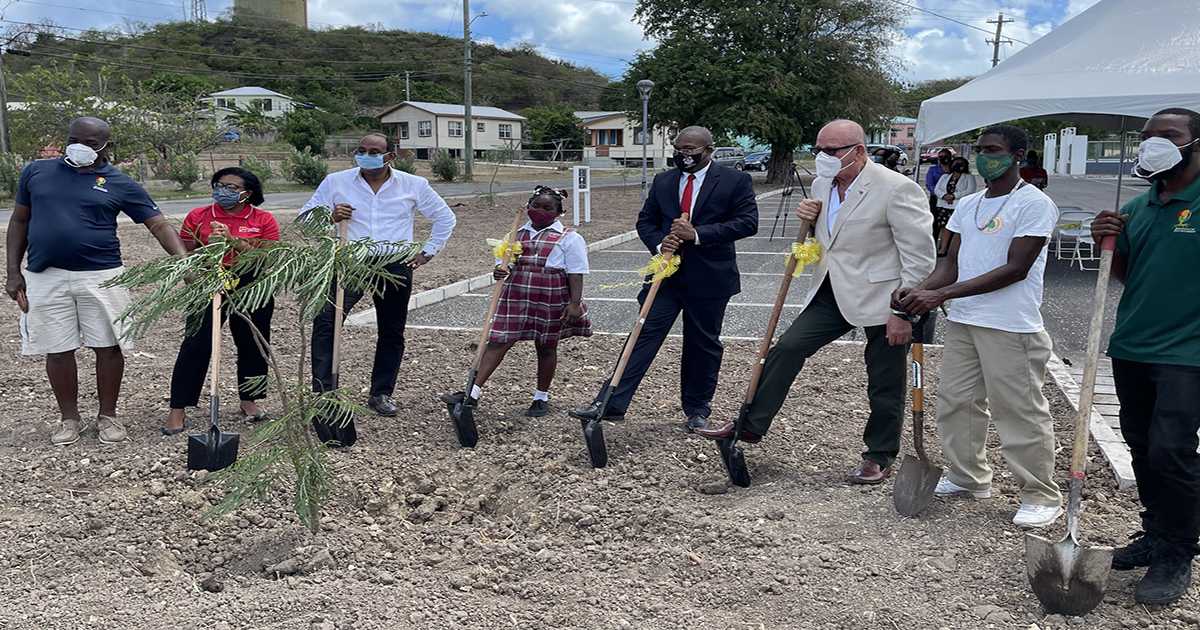 Prime Minister Gaston Browne on Thursday joined the First Caribbean International Bank at the University of the West Indies Five Islands Campus for the planting of five trees as part of a year-long campaign celebrating 100 years of the bank. 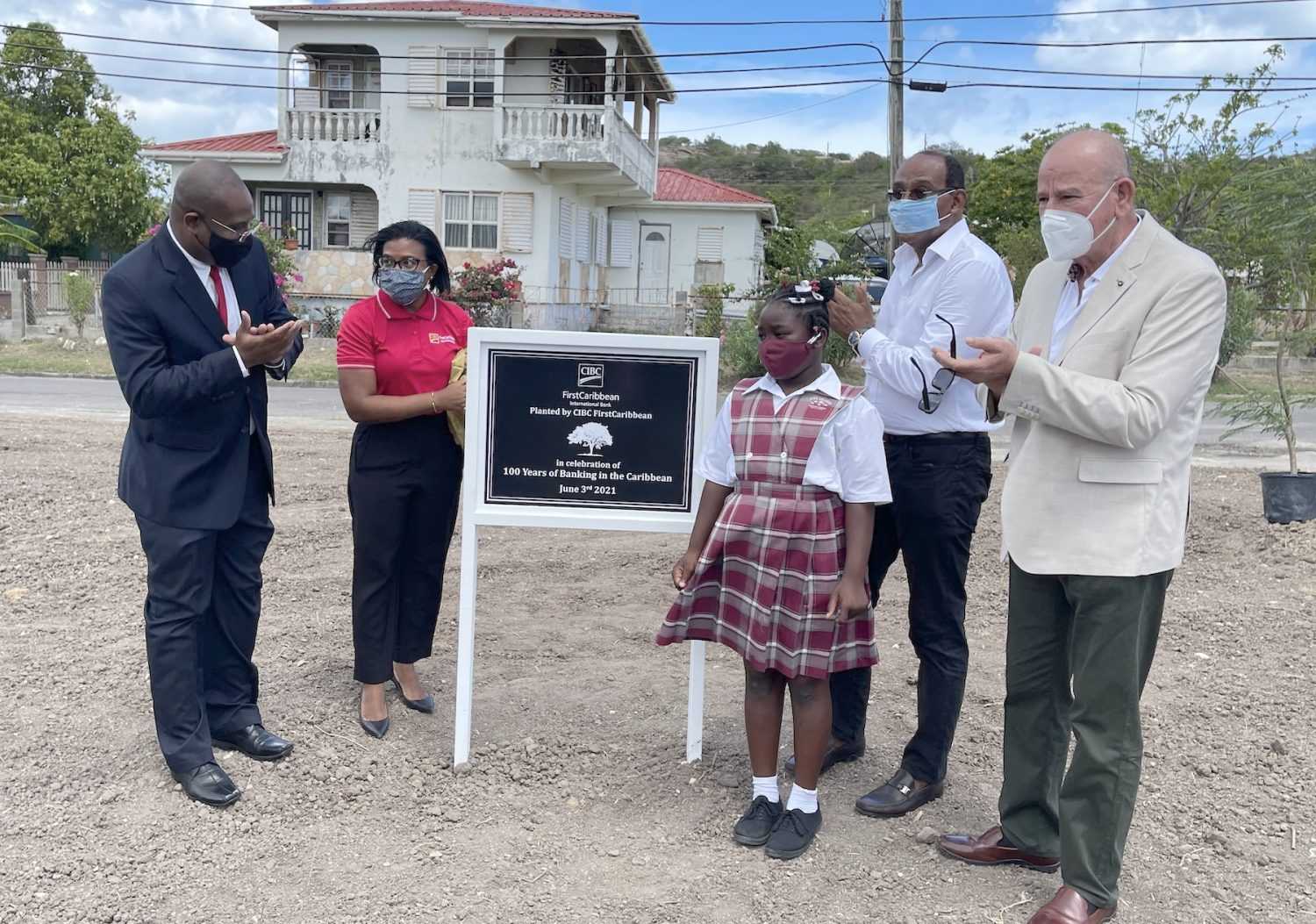 During his remarks, PM Browne outlined the importance of planting trees, stating that it’s one of the most inexpensive responses to climate change and at the same time addresses the global warming issue by reducing temperatures, as well as sequestering carbon and inducing more rainfall.

The accompanying pictures show Prime Minister Browne and others involved in the tree planting ceremony at UWI Five Islands on Thursday. 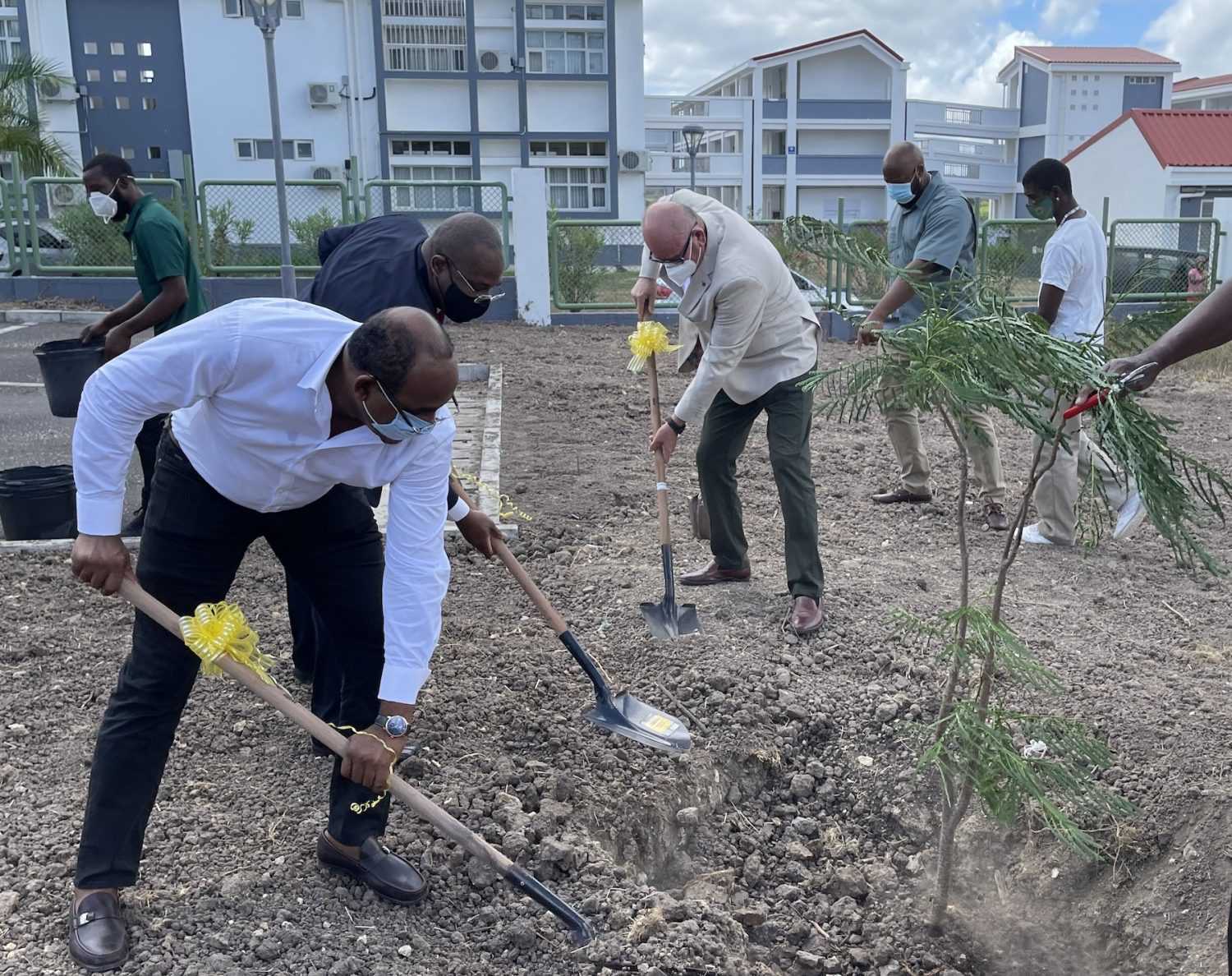 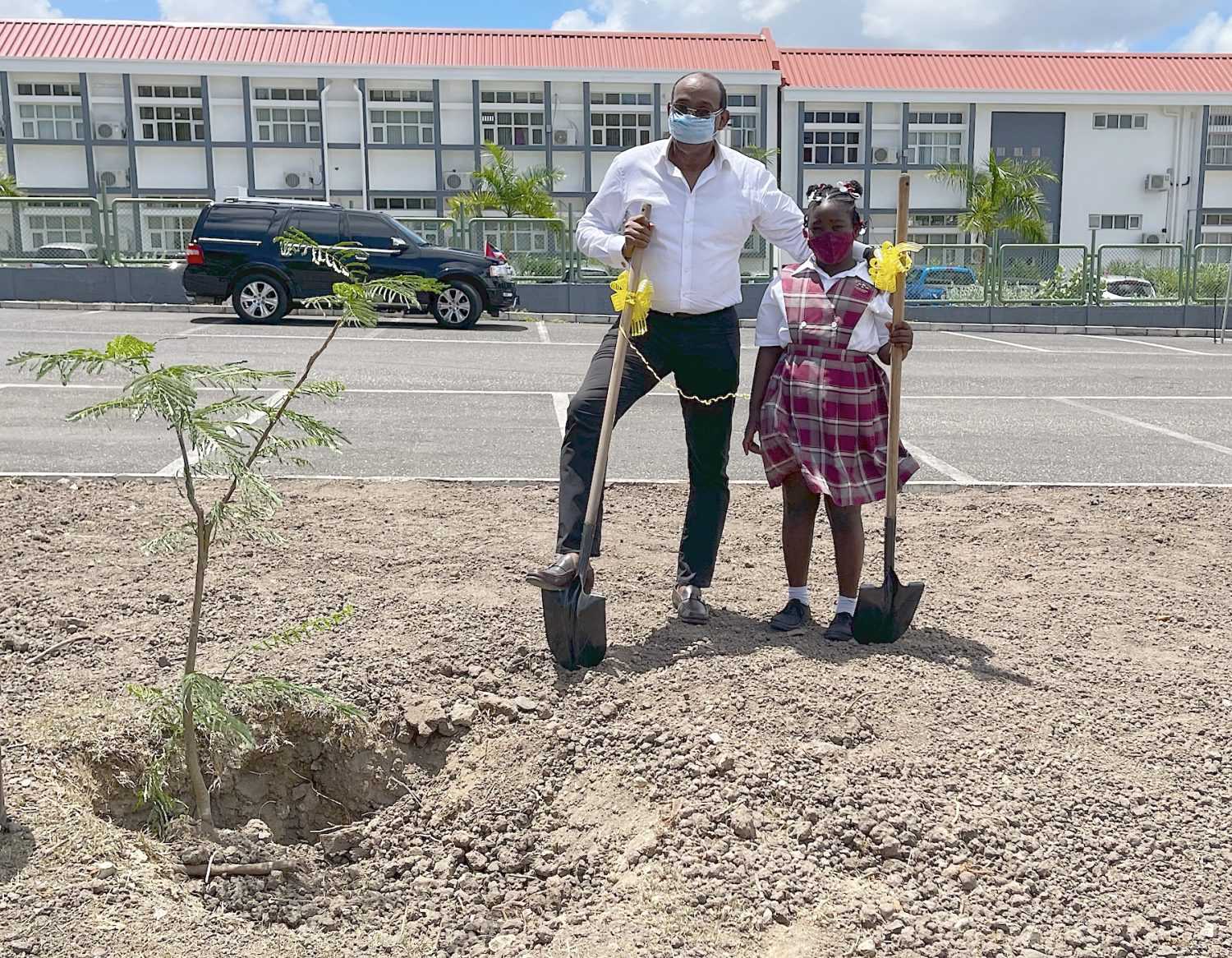