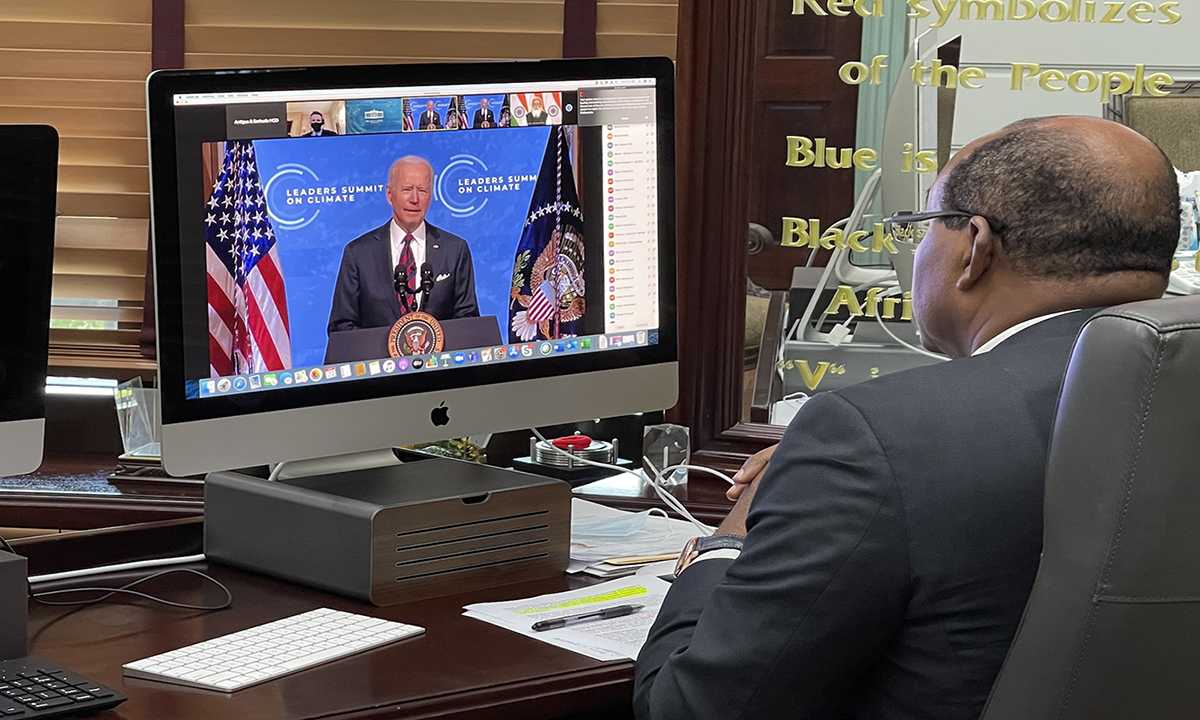 “A permanent solution to the looming debt crisis is compelling and necessary. This requires action to design new and innovative financial instruments and to provide debt relief, including debt cancellation, debt suspension, debt rescheduling, debt restructuring and debt-for-climate swaps,” were some of the recommendations of Prime Minister Gaston Browne while addressing the Leaders Summit on Climate Thursday, organised by US President, Joseph Biden.

The Antigua and Barbuda Prime Minister said that the harmful effects of climate change are growing, and the cost of mitigation and recovery is being counted in human lives and livelihoods, noting that the situation is exacerbated by the COVID-19 pandemic.  He pointed out that the situation is now dire, making reference to the huge hit being suffered by tourism dependent nations.   “We are literally teetering on the edge of despair,” he said.

“Over the years, the debt of small states has risen to unsustainable levels, because of repeated borrowings to rebuild and recover from continuous debilitation by natural disasters, arising from climate change. Mechanisms, introduced by international financial institutions (IFIs), for addressing the looming debt crisis are insufficient,” Prime Minister Browne stated.

He said that even the inadequate instruments are denied, because of the false criterion, of middle and high per capita income, which ignores the huge vulnerabilities that small states face. Prime Minister Browne therefore called on the institutions for more determining criteria of small size, resource constraints and vulnerabilities, be taken fully into account for concessional financing. 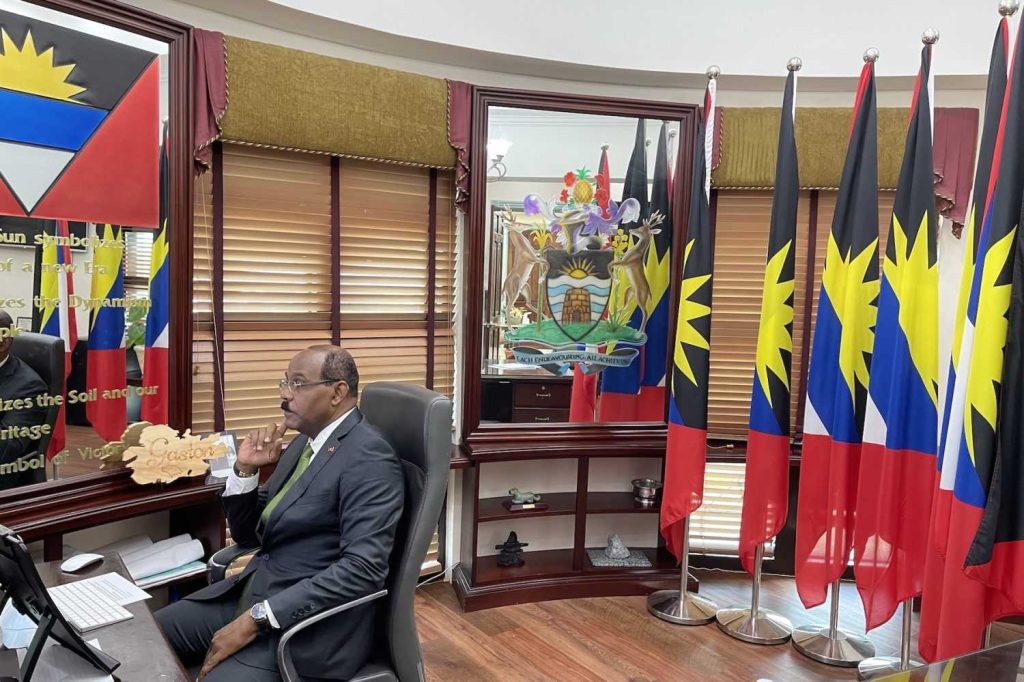 “Repayment of official debt by small states, including to the Paris Club, is near impossible in the prevailing perilous circumstances. Worsening climate conditions are uprooting workers from previously productive sectors and causing a crisis of emigration and refugees. This, too, must be reversed in the global interest,” said the Prime Minister.

He went on to state that as leaders, they should acknowledge the interconnectedness of human civilisation and that there is the need to respect and protect our common humanity. “Small states are also economic markets, providing revenues and employment for larger and richer nations. Every major country benefits perennially from trade surpluses with small states,” he said.

The Antigua and Barbuda leader also stated that vulnerable states need urgent access to COVID-19 vaccines, which should be prioritised based on vulnerability and immediate action must be taken to cut greenhouse gas emissions, if they are to continue to be viable markets and remain viable democracies that uphold human rights and the rule of law.

He also said that in order to achieve climate justice and provide economic condition that discourage refugees, vulnerable states need a programme of debt forgiveness and debt rescheduling, concessional financing that takes account of vulnerabilities and funding to compensate for damage to help reconstruct our economies and funding to acquire decarbonised technologies to assist in building resilience.

“It is our hope that a spirit of cooperation will emerge from this gathering of forty that can be taken to Glasgow, to inspire an ambitious programme of action to achieve net zero by 2050,” Prime Minister Browne concluded.

The climate summit runs for two days and is being attended over forty leaders, including the presidents of China, France, Germany and Russia, Prime Ministers of Britain, Canada and Australia and leaders of the World Bank, the IMF and the European Union.