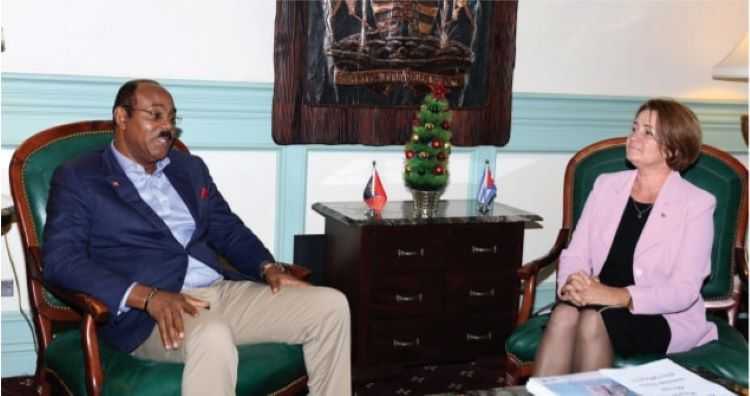 The leaders of CARICOM and their Cuban counterpart, convened the seventh CARICOM/Cuba summit on Tuesday. The meeting was held virtually because of the coronavirus pandemic.

“Cuba is one of the region’s most important and valuable partners. Our cooperation has spanned vital areas such as health, public infrastructure and education, resulting in significant human capital development gains throughout the region. People-to-people ties are the bedrock of CARICOM-Cuba relations,” he remarked.

He also expressed gratitude to the Cuban government for its quick response to Antigua and Barbuda following the passage of Hurricane Irma in 2017.

“I recall that Cuba’s response was immediate. Health professionals, electricians and construction workers were swiftly deployed to Barbuda, and other islands throughout the region. At the time, Cuba was also undergoing its own hardships and devastation due to those same storms,” he reiterated.

Cuba’s generosity and assistance extended to its response to Antigua and Barbuda at the start of the coronavirus pandemic.

“Moreover, solidarity was unequivocally demonstrated at the onset of the coronavirus pandemic, when an expert team of twenty-nine (29) Cuban doctors and nurses of the Henry Reeve Brigade, were dispatched to my country and worked shoulder-to-shoulder with our front-line workers to provide care to COVID-19 patients,” Browne said.

PM Browne used his presentation to also draw attention to the challenges facing the people of Cuba resulting from the United States’ decades long embargo against the small nation which were intensified under the Donald Trump administration.

“Antigua and Barbuda unequivocally condemns US unilateral coercive measures designed to asphyxiate the Cuban economy and we continue to vehemently reiterate a call for the end of the economic, commercial and financial blockade imposed by the United States against Cuba. Moreover, we condemn the unjust intensification of the senseless and terrorizing sanctions imposed by the Trump administration, which have severely affected the flow of revenues and cash remittances to the country,” he declared.

The prime minister has also called on US President-elect Joe Biden to rescind ‘these scandalous restrictions’, and restore former President Barack Obama’s policy of détente, leading to humane and respectful ties.

Cuban ambassador Maria Esther Fiffe noted that her country has unreservedly shared its best experiences in the management of the COVID-19 and other epidemiological conditions that are common to the Caribbean.

She also joined in calling for an immediate and unconditional end to the economic, commercial and financial blockade imposed on Cuba by the government of the United States of America. This includes ending US persecution of Cuban financial transactions which have been unrelenting.

Ambassador Fiffe credited Cuban medical cooperation and its contribution to the wellbeing of the Caribbean people, in particular, its valuable human resources to the fight against the COVID-19.

Additionally, the diplomat rejected attempts to discredit, distort or disrupt Cuba being able to provide medical assistance to the region, which is critical to the support of health care systems across the Caribbean.