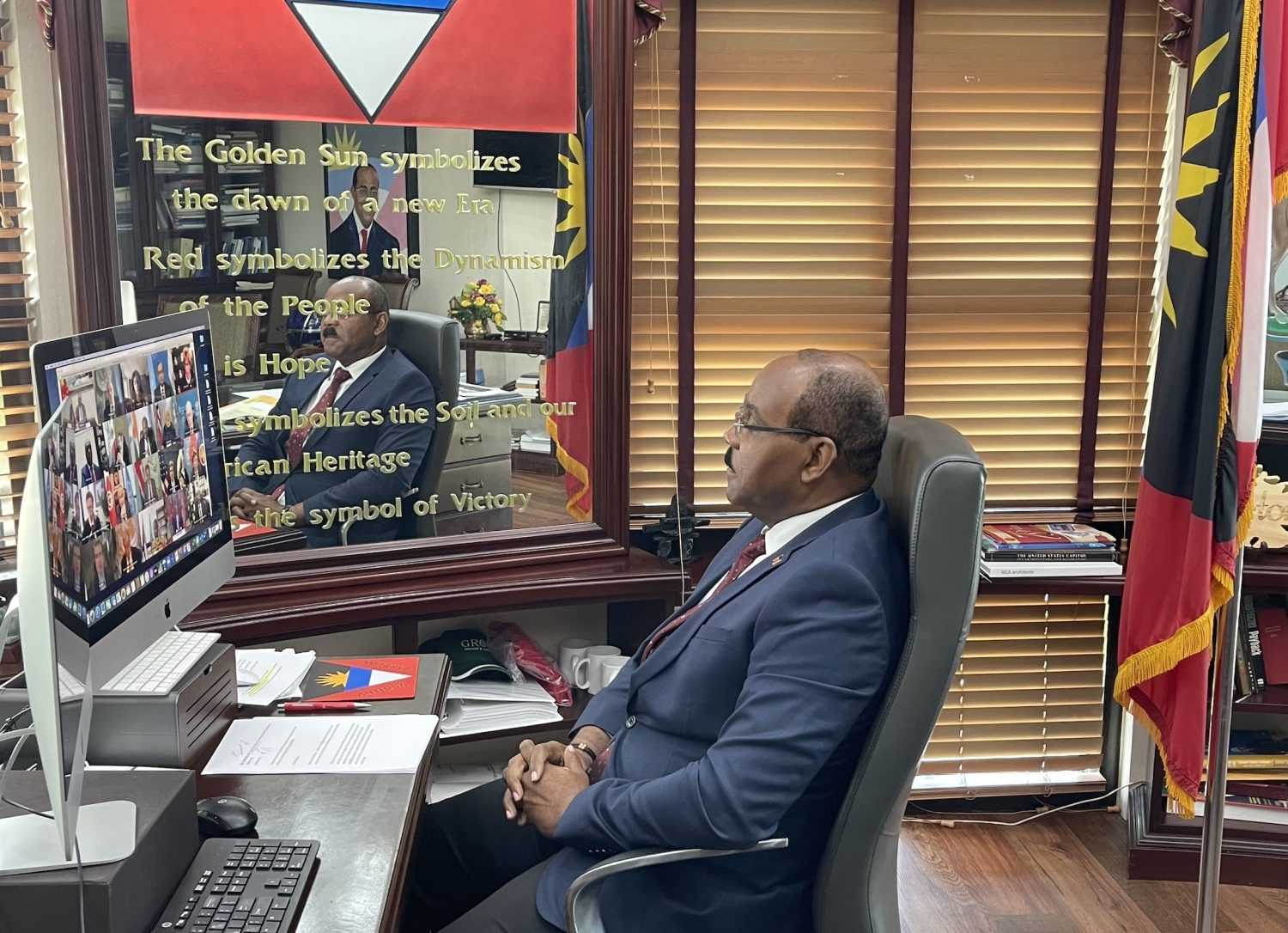 Prime Minister of Antigua and Barbuda and Chairman of the Alliance of Small Island States (AOSIS), Gaston Browne, on Tuesday called on the United Nations Security Council to adopt an all-hands-on deck approach in dealing with climate change.

Speaking at a United Nations Security Council Open Debate under the theme,

“We therefore encourage the Security Council to continue to host high-level open debates on climate security discussions that are inclusive of UN Member States, scientists, academia, and civil society.  In addition, we would like to see the development of an inclusive UN Member State driven climate-security risk assessment tool, that is both preventative and reactive to climatic events,” PM Browne stated.

Prime Minister Browne also outlined that SIDS have observed a glaring gap in the international community’s pursuit for the widest possible cooperation by all countries, for an effective and appropriate response.  He further pointed out that as a particularly vulnerable constituency that contributed the least to climate change, SIDS are reminding states that they all have common, but differentiated responsibilities to address climate change, its adverse effects, and associated loss and damage.

“Continuing our work without an equitable, coordinated, and sufficient global response, leaves SIDS with gross uncertainties in relation to our population’s lives, livelihoods.  We are losing our territories, populations, resources, and very existence due to climate change,” he said.

Prime Minister Browne also stated that the world is also facing this threat, and it is not by weapons, but by an invisible enemy, climate change, that everyone agree is real.

“Sadly, SIDS continue to be on the frontline for this war. Our appeal for the Council is to take this threat very seriously before it is too late,” PM Browne concluded.

As Chair of AOSIS, Prime Minister Browne pledged to continue to highlight the often-overlooked threats faced by small island developing states, specifically in light of their fragility and more particularly their vulnerability.